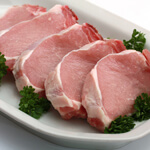 It is a well-known fact that several religious texts forbid the eating of pork. According to Leviticus, the third book of Judaism’s Torah and Christianity’s Old Testament, pork is an “unclean” meat since pigs do not “chew the cud.” Meanwhile, the eating of pork is condemned no less than four times in the Qur’an of Islam. While no direct reason is given for this condemnation, many Muslims believe that it is because pigs are disease-ridden animals.

The Religious Texts Are Correct

Though science and religion rarely share a similar perspective, there are many scientifically-valid reasons for this religious condemnation of pork. Pigs really are dirty, unclean animals that eat almost anything, including rotten food, urine, feces, maggot-infested carcasses, and even cancerous growths. That is the nature of the scavenger, and being raised on an organic, sustainable farm will not change that nature.

This unpleasant diet wouldn’t necessarily be a problem for humans if pigs had a digestive system that effectively removed the toxins from their bodies, but therein lies the problem: They don’t. Unlike ruminant animals such as cows, sheep, and goats, which can take up to 24 hours to digest their vegetarian food, pigs digest their foul food within a mere four hours. This is not nearly long enough to remove excess toxins, so those toxins are stored within the fat cells and organs of the pig itself. Worse still, pigs do not have sweat glands (which are important agents for detoxification), further compounding their toxic load.

Consequently, pigs are walking vessels of parasites, viruses, and other destructive organisms. A few of the many organisms that pork can transmit to humans include:

Taenia solium – An intestinal parasite that can cause cysticercosis (tissue infection) and loss of appetite.

Menangle virus – An unpleasant virus that can cause fever, rashes, chills, sweating, and headaches for between 10 and 14 days.

Hepatitis E – A viral liver inflammation that can trigger jaundice, fatigue, and nausea. Chronic instances can lead to liver fibrosis and cirrhosis.

Trichinella – A parasitic roundworm that can cause fever, malaise, edema, and myalgia.

Yersinia enterocolitica – A volatile bacterium which, according to an investigation by Consumer Reports, was present in 69 percent of all raw pork samples tested. It can cause gastrointestinal distress, fever and, in the most extreme cases, fatal infections.

Moreover, unlike most other meats, there is no safe temperature at which pork can be cooked to guarantee that all these organisms and their eggs will be killed. Even freezing pork doesn’t ensure that all organisms, especially certain species of worm, will be killed. As a result, even the most meticulously prepared pork will often contain harmful parasites and viruses.