Most of us are aware that the natural health world is packed with different and often conflicting beliefs. Take coffee, for example. For every ten researchers who proclaim that coffee is an antioxidant-rich superdrink that can guard us from Alzheimer’s disease, you’ll find another ten who state, with equal conviction, that giving up coffee is a requisite for superior adrenal and mental health.

Raw food, red wine, sugar alcohols and fasting seem to be similarly divisive subjects. And then there’s the vegetarian vs. non-vegetarian debate…

If there’s one subject out there that almost all health researchers agree upon, however, it’s that coconut oil – an edible oil derived from the meat of matured coconuts – is good for you. I mean, really good for you. The scientific research into this subject, which is extensive and robust, is simply too convincing.

It wasn’t always this way. Like eggs, red meat and other foods rich in saturated fats, coconut oil’s reputation was completely demolished in the 1950s when pioneering nutritionists – most famously Ancel Keys – developed the notorious lipid hypothesis, which claimed that high-fat foods raised cholesterol and contributed to heart disease. Even when the lipid hypothesis was eventually exposed as misguided and based on cherry-picked data, it still influenced consumer choices well into the 2000s. 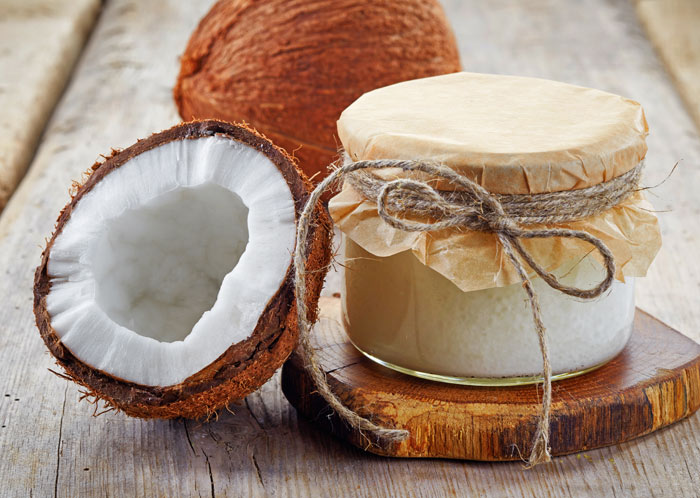 Once upon a time, coconut oil was viewed as a heart attack in a jar

Fortunately, even mainstream nutrition sources are starting to acknowledge that whole foods rich in natural fats, such as coconut oil, were never a problem in the first place.

Why Is Coconut Oil Good for Us?

Notice anything strange about the chart above, whose data was obtained from the USDA nutrient database? That’s right: Coconut oil contains no vitamins or minerals at all. Vitamin A, vitamin C, calcium, magnesium… you name it, it doesn’t have it. Instead, the majority of coconut oil’s health benefits stem from its large concentrations of saturated fatty acids.

According to a spectral analysis provided by Chempro, coconut oil consists of approximately:

With the exception of oleic acid, which is monounsaturated, all of these fatty acids are saturated. More significantly, three of them – lauric, capric and caprylic – are medium-chain triglycerides, which, as we’ll soon discover, are more beneficial for our bodies than the long-chain triglycerides found in regular fatty foods like cheese. 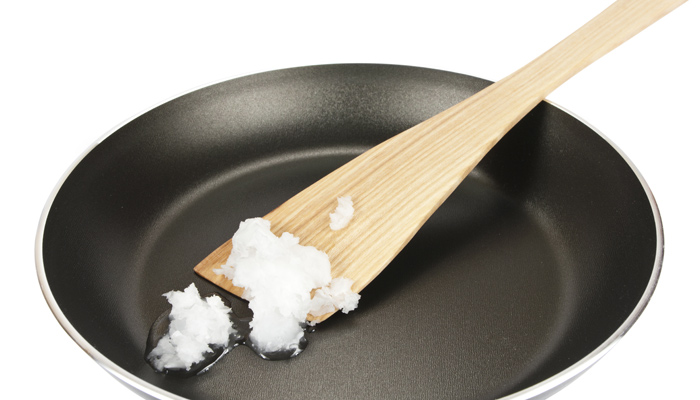 Research into the Health Benefits of Coconut Oil

Guards Us from Infections

The most common fat in coconut oil is lauric acid, a 12-carbon fatty acid that is rarely found in nature (only laurel oil and palm kernel oil contain lauric acid in comparable amounts). When consumed, our bodies convert lauric acid into monolaurin, a chemical that is one of the most potent antivirals, antibacterials, antimicrobials and antifungals in the natural world.

One study for the Journal of Bacteriology, for example, found that lauric acid inhibited the expression of Staphylococcus aureus, a nasty bacterium carried by an estimated 20% of the world’s population (1). This bacterium, which has become increasingly antibiotic-resistant in recent times, can cause a huge amount of damage in the human body, ranging from minor skin infections like pimples and boils to serious diseases like pneumonia and meningitis. 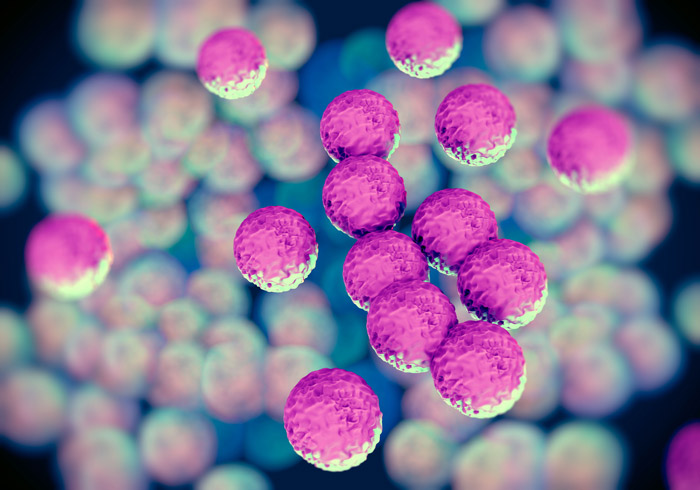 Staphylococcus aureus: proof that even bad things come in pink

Another study, published in the Medical Mycology Journal, listed lauric acid as one of four fatty acids that could inhibit the excessive growth of Candida albicans, a fungal pathogen in our intestinal tract that contributes to yeast infections when allowed to proliferate (2). Funnily enough, the other three fatty acids – caproic acid, caprylic acid and capric acid – are also present in coconut oil, suggesting that coconut oil is an ideal food for treating candida.

Approximately 20% of the total saturated fatty acids in human breast milk are lauric and capric acids, which guard the infant from viruses and other infections. This is why coconut milk (which is similar in fatty acid composition to coconut oil) can substitute mother’s milk in emergency situations.

50 years ago, when the lipid hypothesis’ influence was in full swing across the West, you would have been laughed at if you claimed that coconut oil could improve cardiovascular health. After all, everyone knows that high-fat foods are bad for your heart, right?

Of course, we know a lot better now. More and more studies – free from government agendas – show that coconut oil contains some amazing cardiovascular-boosting properties. Don’t take my word for it, though. Check out some of the conclusions reached by contemporary researchers:

In summary, adding more coconut oil to our diets is a great way to protect ourselves from cardiovascular disease, which remains the Western world’s number one “silent” killer. Who would have thought it? 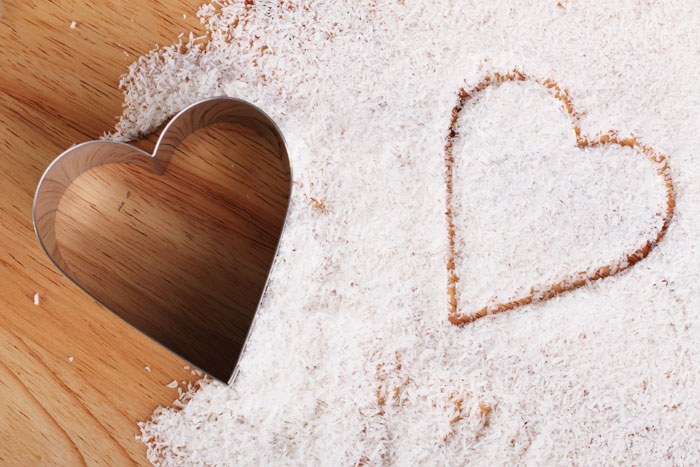 According to research published in the International Journal of Food Sciences and Nutrition, the two major antioxidants in coconut oil (i.e., the ones with the most potent free radical scavenging abilities) are ferulic acid and p-coumaric acid (7). Future research might eventually show that these two components are responsible for coconut oil’s main cardiovascular benefits.

The American dentist and nutrition researcher, Weston Price (1870-1948), traveled to exotic countries in the 1930s to study the diets and health of their native populations. Price discovered that populations that consumed huge amounts of saturated fat – often in the form of coconuts – enjoyed exceptionally good health and suffered from no cardiovascular diseases at all!

According to Dr. Mary Newport, author of the 2011 book Alzheimer’s Disease: What If There Was a Cure, the ketone bodies in coconut oil’s medium-chain triglycerides (MCTs) function as an alternative fuel source to glucose (our brain’s main fuel supply). Since a decrease in the ability to use glucose is a common cause of neurodegeneration, coconut oil could help shield us from Alzheimer’s disease and other causes of dementia.

In Alzheimer’s disease, the neurons in certain areas of the brain are unable to take in glucose due to insulin resistance and slowly die off, a process that appears to happen one or more decades before the symptoms become apparent. If these cells had access to ketone bodies, they could potentially stay alive and continue to function.

MCT oil is digested differently by the body than other fats. Instead of storing all MCTs as fat, the liver converts them directly to ketone bodies, which are then available for use as energy. 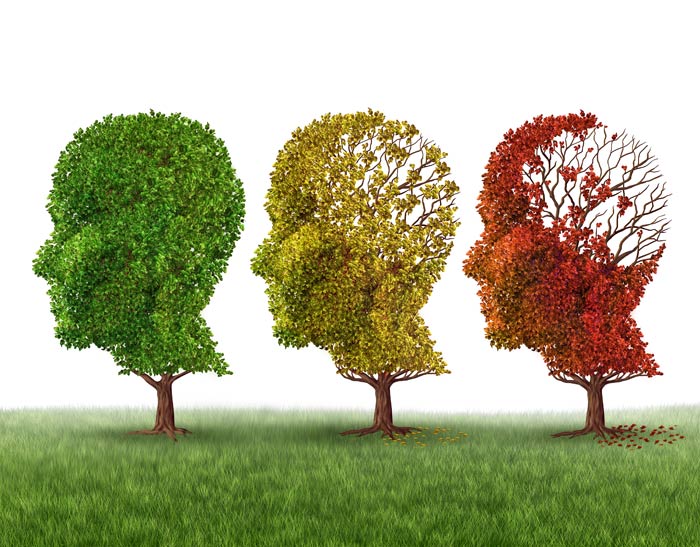 Approximately 60% of our brain consists of fat. When we deprive our brain of dietary fat, it begins to degenerate… and dementia can result

While Newport’s research is theoretical, studies suggest that she might be on to something. One study published in the journal Neurobiology of Aging, for instance, found that mentally impaired people that consumed emulsified medium-chain triglycerides experienced a significant improvement in cognitive function, such as paragraph recall, when compared to the control group (8).

Due to their reduced chain length, medium-chain triglycerides can be absorbed much more quickly than the long-chain triglycerides (LCTs) found in most other high-fat foods. This rapid metabolic conversion means that MCTs are burned as fuel almost immediately rather than stored as fat, making them attractive to athletes and weight lifters.

However, MCTs also have other benefits that might appeal to regular, non-athletic people. A 2014 study for the European Journal of Clinical Nutrition found that overweight men who consumed 20g of MCT oil for breakfast experienced reduced food intake when compared to the group that consumed LTC-rich corn oil (9).

Another study, featured in the journal Lipids in 2009, found that women who supplemented their diets with 30 milliliters of coconut oil over a 12-week period experienced a reduction in waist circumference (i.e., abdominal fat) and BMI when compared to the group that took LTC-rich soybean oil (10). 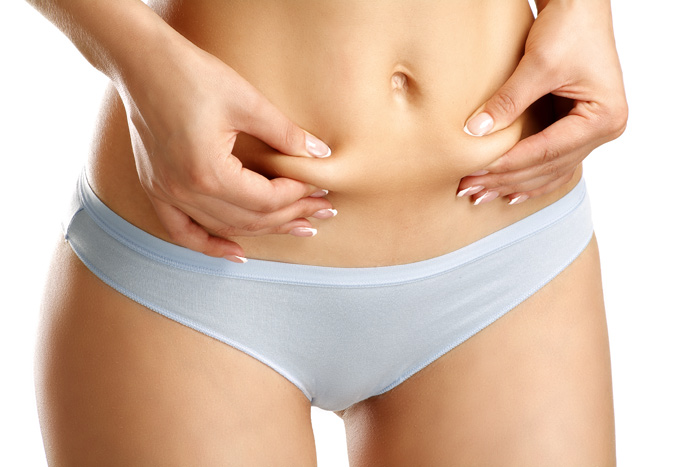 Belly fat: the most stubborn fat of all

So, does this mean that coconut oil can reduce the belly fat that has plagued us for years? Probably not – at least if we continue to eat unhealthy foods and lead sedentary lifestyles. That said, the MCTs in coconut oil are an extremely efficient source of fuel for our bodies (much more so than carbs) and, if combined with improved diet and increased exercise, can potentially accelerate fat burning.

What Is the Healthiest Coconut Oil?

The best kind of coconut oil to consume is coconut oil that is organic and unrefined. Unrefined coconut oil (often advertised as “virgin” or “extra virgin”) has not been bleached or deodorized, resulting in a product that maintains a strong fatty acid profile and actually smells of coconuts. 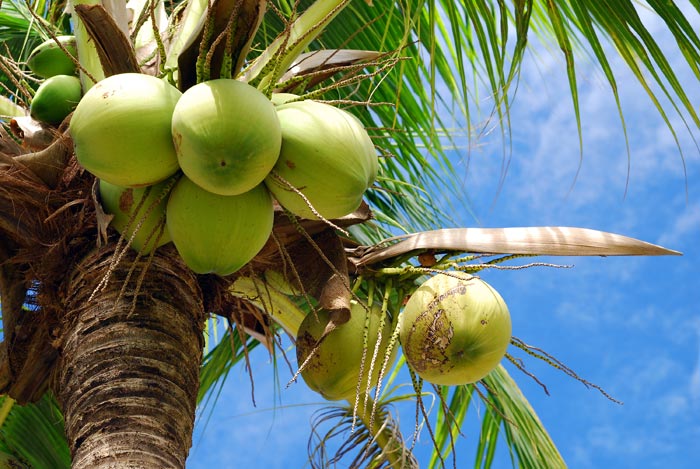 Non-organic coconuts are actually safe to consume, since their thick shells protect the flesh from the pesticide… but I still don’t recommend supporting such an industry

Due to its pleasant taste and high smoke point of 350°F (meaning it remains stable at high heat), coconut oil is an ideal oil for cooking. Moreover, since coconut oil is arguably the world’s healthiest oil, there is no downside to replacing your regular cooking oils with it.

Here are a few ideas to get you started: 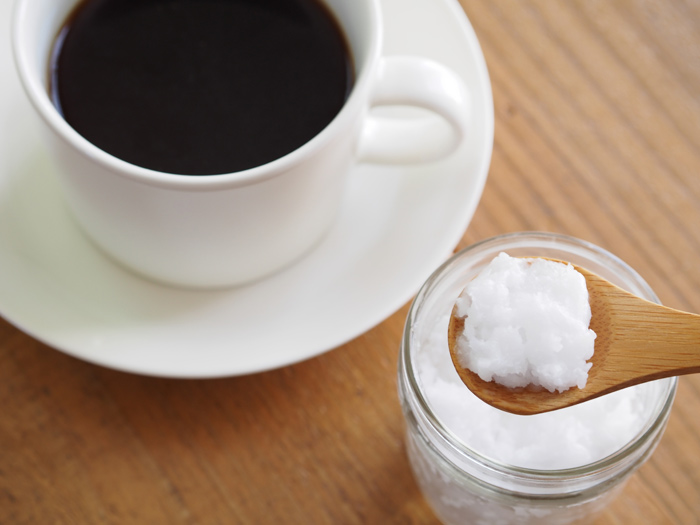 … And let’s not forget the old favorite: coconut oil in coffee

Coconut oil has a high melting point of 75°F (25°C). This means that it will usually be solid at room temperature (unless you live in a hot climate), and will always become solid when poured down the drain or sink. Therefore, unless you want to block your plumbing, always discard excess coconut oil in the bin!

Also, I recommend storing your coconut oil in a cupboard rather than the fridge. Refrigerated coconut oil becomes as solid as a rock and will be difficult to scoop out!

While consuming coconut oil is the best way to reap its health benefits, we shouldn’t overlook its many non-dietary uses. After all, the same fatty acids and antioxidants that make coconut oil such a healthy food also make it a fantastic cosmetic aid.

Sunscreen – Coconut oil has a Sunburn Protection Factor (SPF) of 10, meaning it can block approximately 90% of the sun’s ultraviolet (UV) rays. This makes coconut oil a great natural alternative to chemical-laden commercial sunscreens. Don’t forget, though, that sunscreen is designed for excessive sun exposure. Moderate sunbathing without sunscreen (e.g., 30 minutes a day) is a great way to obtain the essential mood-regulating hormone vitamin D.
Moisturizer – It’s not a coincidence that coconut products are found in so many skin creams. The MCTs in coconut oil are well-known for penetrating the skin and killing any bacteria in their wake, leaving the skin rejuvenated and sweet-smelling. Though usually used on the face, coconut oil can be topically applied to any part of the skin that requires TLC (including areas that suffer from stretch marks). 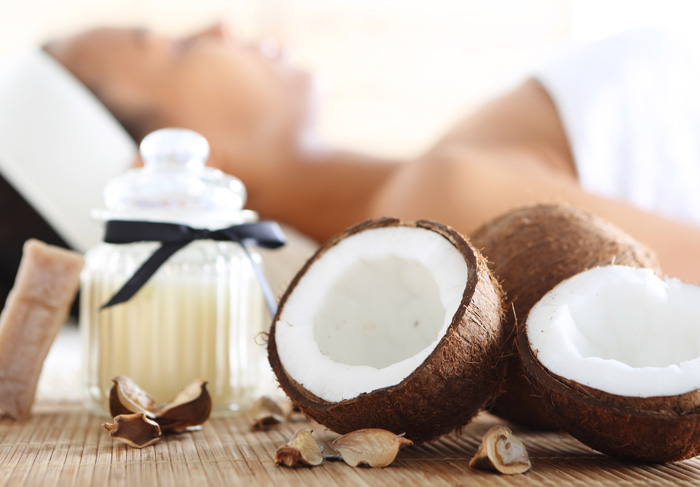 Coconut oil’s uses are not limited to diet

Shampoo – Coconut oil is a fantastic gift for our hair due to its large concentrations of antibacterial MCTs and revitalizing antioxidants. Simply massage two teaspoons of liquid coconut oil into your scalp, leave it there for as long as you wish and then rinse it off with warm water. Much better than any overpriced shampoo!
Toothpaste – Studies have shown that coconut oil is able to inhibit many strains of the Streptococcus bacteria, including the Streptococcus mutans bacterium responsible for tooth decay (11). Therefore, making a toothpaste or mouthwash out of coconut oil, or using it for oil pulling, helps prevent cavities and leaves your mouth feeling fresh.
Deodorant – Since coconut oil is solid in its natural state, it can be applied like a regular stick deodorant to our underarms. Mixing coconut oil with other antibacterial and antifungal ingredients, such as baking soda, gives it an added boost.