The aromatic and flavorful onion has a long and productive history with mankind. The ancient Indians, Sumerians and Chinese, for instance, valued onions for their ease of growth and hardy constitutions, which made them less perishable (and more transportable) than other vegetables grown at the time. The ancient Egyptians, on the other hand, worshiped onions as symbols of eternity due to their circle-within-a-circle structure. 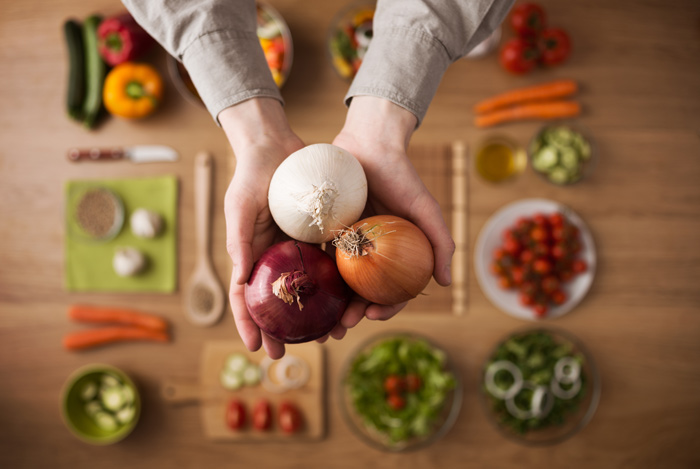 Onions have been a staple food around the world for centuries

While modern drugs have replaced onions (and other whole foods) as the go-to treatment for most medical problems, the chemical structures of onions haven’t changed over time – they are still powerful medicines. In fact, research into the health benefits of onions has grown considerably over the last two decades and the results are extremely encouraging.

Why Are Onions Good for You?

Aside from moderate amounts of vitamin C, vitamin B6, manganese and fiber, as well as smaller amounts of folate, onions lack regular nutrients (1). In fact, if I were to grade the onion’s healthiness based on its vitamin and mineral profile alone, I would give it a C+ at best (higher than iceberg lettuce, quite a bit lower than broccoli and kale).

But of course, nobody eats onions for their vitamins and minerals. As with other members of the Allium genus, such as garlic, shallots and leeks, the medicinal powers of onions come almost exclusively from their disease-fighting compounds. 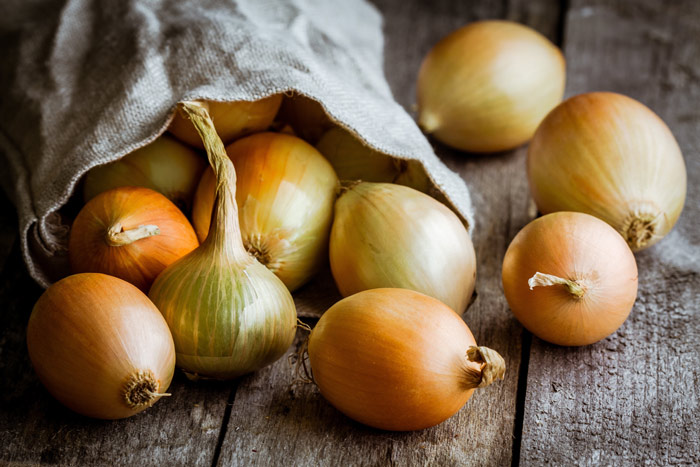 Prepare to be impressed by these little fellows

Research into the Health Benefits of Onions

Rich in Quercetin, a Powerful Antioxidant

A flavonoid that onions contain in abundance, quercetin is a potent antioxidant whose benefits are numerous, varied and well-documented. Here’s what a few studies have discovered about this amazing compound:

Cancer, diabetes, neurological disorders, hypertension… quercetin is truly a jack-of-all-trades. It’s not a magical cure-all, of course, and binging on onions is unlikely to cure a serious disease that, in all probability, is due to a lifetime of poor diet and lifestyle choices. Nonetheless, quercetin is up there with allicin and sulforaphane as a top-tier disease prevention agent.

There are many types of onion and they differ in size, color, flavor and time of year to harvest. Significantly, they also differ in nutritional value. As a general rule, the smaller and darker the onion, the more vitamins, minerals and flavonoids (including quercetin) it’s likely to contain.

Red onions tend to be richest in nutrients. They account for 8% of worldwide onion production and are commonly roasted, charbroiled or grilled.

Yellow onions are the most popular type of onion worldwide (87% of onion production is devoted to them), and they fall into the middle, nutrition-wise. Robust in flavor and versatile, yellow onions become dark brown when cooked.

White onions are less nutritious than red and yellow onions, and account for only 5% of worldwide onion production. They tend to be used in sauces, salads and Mexican cuisine (8). 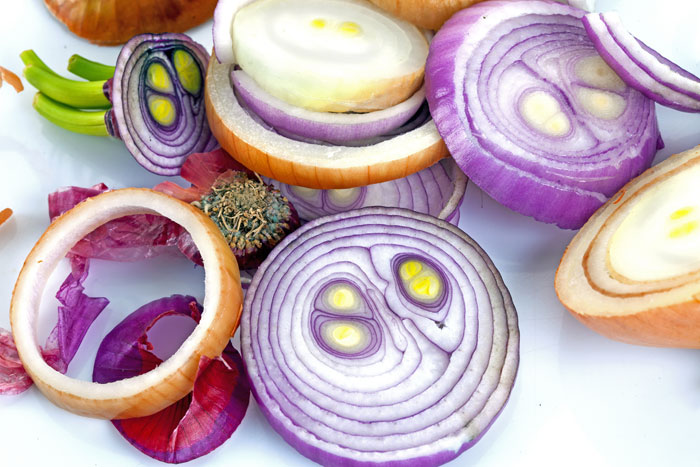 While quercetin is the most famous compound in onions, it is not the only one. Other important compounds in onions include:

Thiosulfinates – Thiosulfinates, of which allicin is the best-known, are sulfur-containing compounds with cardioprotective properties. A study published in the journal Thrombosis and Haemostasis, for example, found that thiosulfinates prevented blood clots by inhibiting platelet accumulation (9).
Copaenes – Copaenes are rather obscure organic compounds that possess antiasthmatic properties. For instance, research published in 1990 showed that onion-derived copaenes (and thiosulfinates), which are anti-inflammatory, reduced symptoms of asthma (10).
Sulfides – Onions are rich in numerous sulfides, such as disulfides and trisulfides, that provide chemoprotective benefits. A 1999 study, for example, showed that sulfides from Allium vegetables guarded rats from cancer (11). A later study, published in the journal Cancer Letters, concluded that sulfides aided in the “prevention and therapy of human cancers” (12). 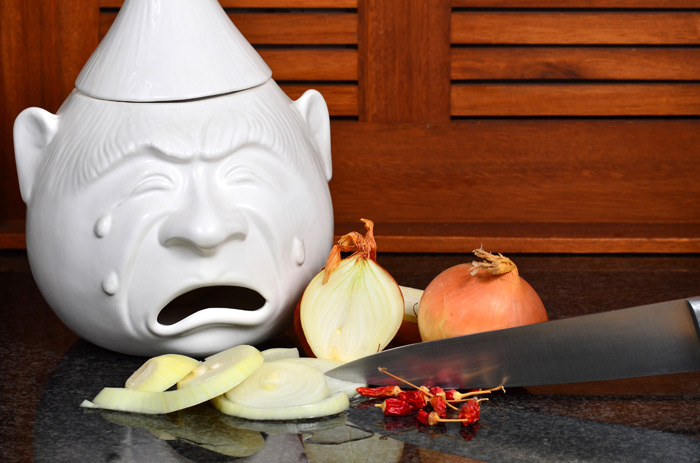 It is these sulfides that irritate our tear glands, making us “cry” when we chop onions… but don’t hold that against them

Anthocyanins – Anthocyanins are water-soluble pigments linked to numerous health benefits, including treatment for type 2 diabetes (13) and high blood pressure (14), improved vision function (15) and even prevention of breast cancer (16). Bear in mind that anthocyanins are only present in red onions; as their colors (or lack thereof) suggest, white and yellow onions lack this special pigment.

From around the age of 35, most of us start losing bone density due to the aging process. Though this process cannot be entirely prevented, we can guard ourselves from significant bone density loss – as well as serious bone diseases like osteoporosis – by eating foods that improve bone health.

As it happens, the onion is one of those foods.

One study published in 2000, for instance, found that rats that consumed one gram of onion for four weeks demonstrated an increase in total bone mineral content (17). Another study, released two years later, discovered that onions affected bone resorption in rats, suggesting a link between onion consumption and bone disorder prevention (18). 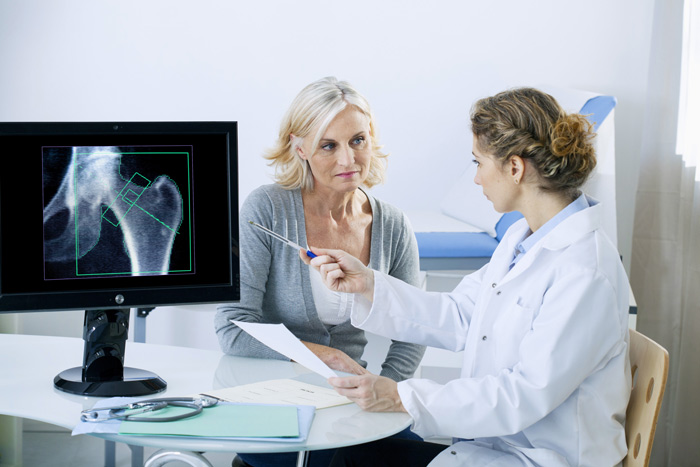 Postmenopausal women, who are at the highest risk of osteoporosis, will benefit greatly from eating more onions

Unsurprisingly, most of these studies attribute onions’ antidiabetic properties to their sulfur-containing compounds.

Since scientists tend to use onion extracts rather than whole onions in their research, a lot of people assume that taking onion extracts – or extracts of onion-derived compounds, such as quercetin or anthocyanins – is as good as the real thing. As I’ve said many times before, though, this simply isn’t true.

All whole foods contain nutrient profiles that Nature has optimized for superior absorption. When we isolate nutrients from their original source, we also isolate them from other nutrients that assist in their uptake. The result? Nutrients that are less bioavailable, and therefore less effective, than they once were.

There’s nothing wrong with researchers separating nutrients from their source to test them – after all, that’s how they are able to determine their individual capabilities. But people looking to heal through diet need to stick to whole foods, just as Nature intended! 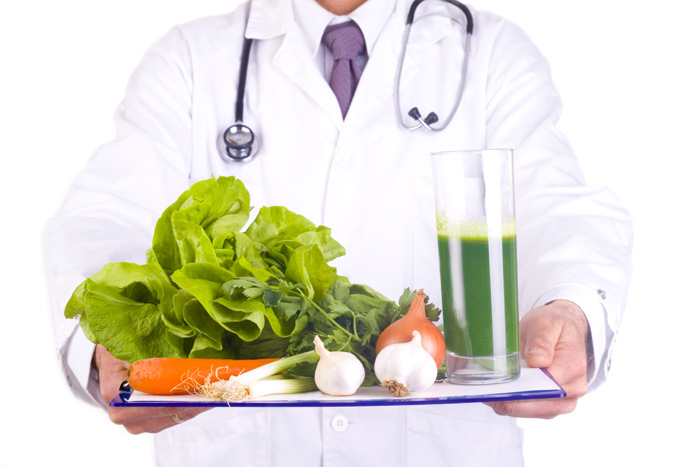 “Your prescription is ready, sir!”

Should I Purchase Organic Onions?

Since their sulfur compounds make onions unappetizing to pests, onions are seldom sprayed by farmers and thus acceptable to purchase in non-organic form. I would still favor organic onions when possible, though, for two reasons.

Firstly, there is no guarantee that non-organic onions haven’t absorbed other pesticides, herbicides and environmental toxins floating around a conventional farm. The peel of the onion actually contains the most antioxidants, so we should eat it – and that means choosing onions least likely to be contaminated.

Secondly, organic farms tend to be more ethical and sustainable than their non-organic competitors. Supporting organic growers is a wise decision!

Does Cooking Onions Destroy Their Compounds?

Yes. Most sulfur compounds in onions are sensitive to heat, so cooking them will reduce their antioxidant properties. I know, I know… cooked onions are delicious. But that’s the reality. 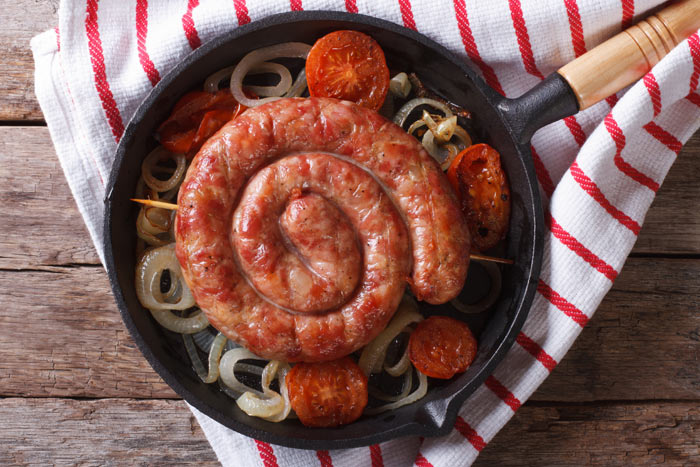 We try and eat onions raw, of course! Raw onions retain all of their beneficial compounds, so we don’t need to worry about losing out on important antioxidants. Aim for red and yellow onions when possible; white onions aren’t really worth it.

Also, remember that most of these compounds are found in the peel. Onions lose around 20% of their quercetin and 75% of their anthocyanins if overpeeled (25), so try to peel the onion as little as possible before eating it. 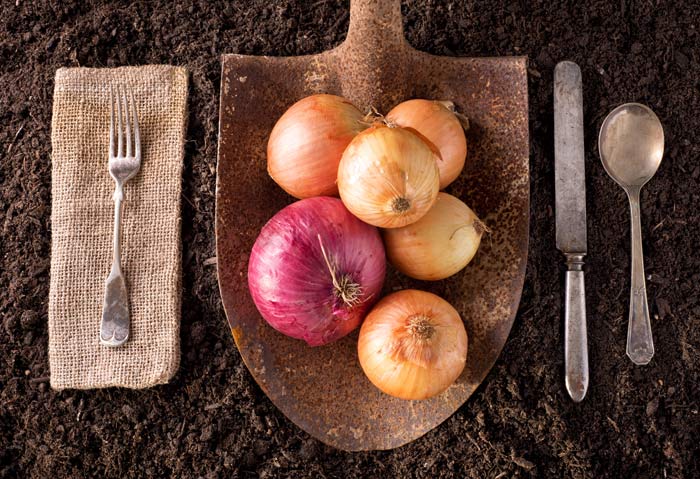 You didn’t think that the health benefits of onions started and ended with diet, did you? Like garlic, onions are filled with phytochemicals that invigorate us from the outside as well as the inside – especially when they’re concentrated into juice form.

Wrinkles – Antioxidant-rich foods, such as onions, are beloved for their anti-aging benefits. If you’re suffering from wrinkles, consider treating them with onion juice – it’s packed with quercetin and vitamin C, two nutrients that make short work out of cell-damaging free radicals.
Hair loss – Onions are rich in sulfur, which is one of the main building blocks of hair. Therefore, adding a little onion juice to your shampoo can boost its capacity to nourish hair follicles, increase blood circulation in the scalp and fight infections that contribute to hair loss. In fact, a 2002 study showed that crude onion juice is an effective topical therapy for alopecia (26).
Acne and spots – A powerful antibacterial, antimicrobial and antifungal, chopped onion can help reduce swelling and redness associated with acne, pimples, whiteheads and other spots. Simply apply the onion pieces to the affected area for five minutes daily until the spots subside.
Brittle nails – Thanks to its antibacterial properties, onion juice can rejuvenate brittle nails and guard them from cuticle infections. To reap these benefits, apply the juice to your nails before going to bed and allow it to work its magic overnight – the longer it remains on the nails, the sooner you’ll get results. 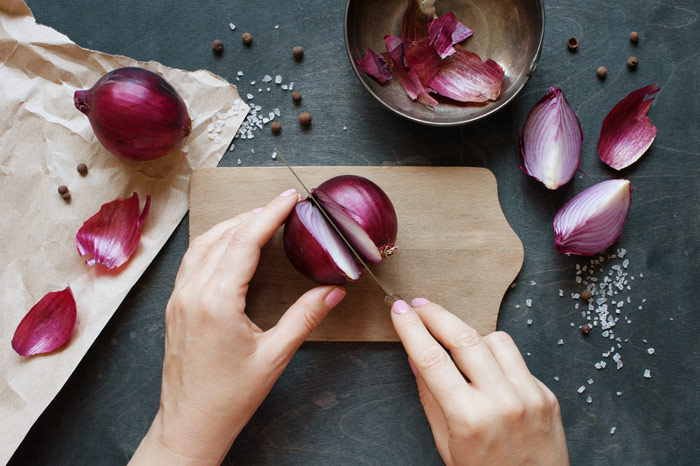 We should always chop onions before applying them topically, since that’s how we activate their sulfur compounds