Achieving and maintaining good health often requires a lot of hard work, dedication and willpower. It can be difficult, for instance, to overcome our lifelong additions to wheat and sugar. Giving up tobacco? Even worse. And let’s not forget the dread many of us feel upon realizing it’s gym day (ever seen a group of people on a cardio machine who looks like they’re enjoying it?) 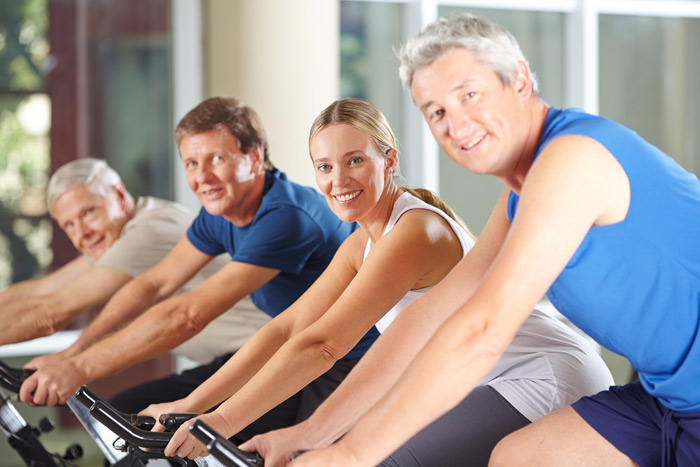 That said, there are a number of techniques we can incorporate into our daily lives that are quick, easy and good for us. Drinking lemon water upon awakening to stimulate the digestive system is one of them. Dry brushing before a shower to boost blood circulation is another one. Then, of course, there is the most powerful health-boosting technique of all: oil pulling!

What Is Oil Pulling and How Does It Work?

Oil pulling, also called oil swishing, is the ancient Ayurvedic practice of swishing an antibacterial oil around the mouth for between 15-20 minutes, ideally first thing in the morning, to kill acid-producing oral bacteria like Streptococcus mutans.

That’s it. Don’t let anyone tell you it’s anything more complicated than that.

That doesn’t mean that regular oil pulling doesn’t benefit other parts of our body, because it does. You see, oil pulling is based upon the historical understanding that all infectious and degenerative diseases start in the mouth. Even modern medicine, which seldom embraces a holistic approach, acknowledges this fact.

For example, doctors now understand that gum disease places immense stress on our immune system, which allows destructive microorganisms and inflammatory compounds to circulate through the body. Consequently, preventing gum disease helps prevent many of the serious inflammatory and hyperimmune situations so prevalent in today’s society.

That’s why so many people find that regular oil pulling leads to health benefits above and beyond improved oral health. Weight loss, relief from rheumatoid arthritis, clearer skin and eyes, reduced body odor, increased energy and immunity… there doesn’t seem to be a single condition that oil pulling cannot at least improve. By reducing our toxic load in the one place where toxicity thrives the most (namely, the moist cavities of our mouths), our bodies can deal with other issues unhindered.

Whiter teeth is one of the most noticeable health benefits of oil pulling, but it’s far from the only benefit

Research into the Health Benefits of Oil Pulling

Though celebrated in its native India since time immemorial, oil pulling is a relatively new phenomenon in the West. Indeed, it only became known to us in the early 1990s when the Ukrainian oncologist, F. Karach, began promoting it – and even then, it took a long time for researchers to start taking it seriously.

Consequently, most research into oil pulling tends to be quite recent… but better late than never, I guess.

Studies into oil pulling have reached the following conclusions:

In essence, oil pulling helps remove the bacteria (of which S. mutans is the best-known) associated with bad breath, gingivitis, gum disease and other oral diseases, much like chlorhexidine. Unlike chlorhexidine, however, oil is cheap to purchase and is far more natural.

If you’d like to learn more about the science behind oil pulling, I recommend Dr. Bruce Fife’s book Oil Pulling Therapy: Detoxifying and Healing the Body Through Oral Cleansing.

Which Oil Is Best for Oil Pulling? 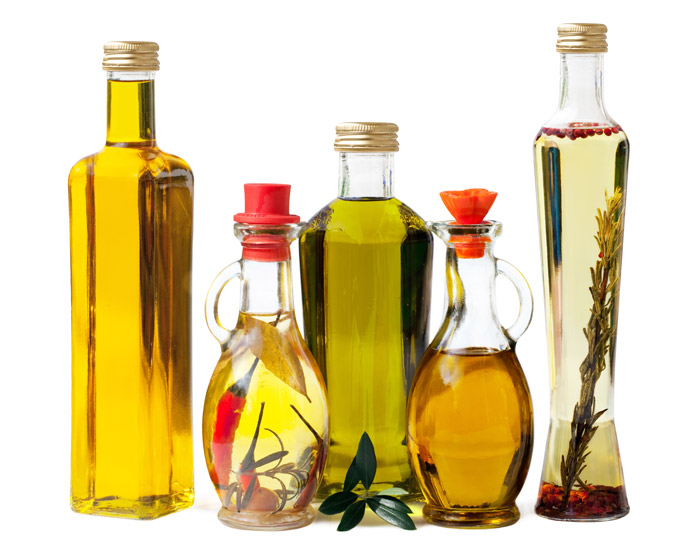 “But choose wisely, for while the true Grail will bring you life, the false Grail will take it from you”

Those of you who looked into the studies I mentioned above probably noticed a trend: all of them used sesame oil. This is understandable, since sesame oil is one of the two oils (the other being sunflower oil) recommended by the Ayurveda for oil pulling.

Take coconut oil, for example. This delicious-tasting oil, widely considered to be the healthiest cooking oil in the world, is comprised of approximately 50% lauric acid – one of the finest antibacterials, antimicrobials, antivirals and antifungals in nature. Unsurprisingly, then, coconut oil is proven to be a fantastic oil for oil pulling.

One study published in the Nigerian Medical Journal in 2015, for instance, found that oil pulling with coconut oil helped reduce plaque formation and plaque-induced gingivitis in adolescent boys (6). Another study, which compared the microorganism-fighting abilities of all the oils commonly used in oil pulling, reached a more revealing conclusion: Coconut oil and coconut oil alone demonstrated antimicrobial activity against both S. mutans and C. albicans (7).

So, the results are in: Coconut oil is the best oil for oil pulling. (Just make sure it’s unrefined coconut oil, since refined coconut oil suffers from a damaged fatty acid profile that compromises its antibacterial and antimicrobial properties.)

Seriously, is there anything coconut oil cannot do?

If you’re interested in trying oil pulling, follow the simple instructions below. This is my personal oil pulling protocol, which gave me positive results within weeks. You will need a toothbrush, some unrefined sea salt and coconut oil (if coconut oil is unavailable, sesame oil is the second best alternative).

Upon waking, place a few teaspoons of coconut oil into your mouth and swish it around for 20 minutes. Avoid gargling the oil; instead, favor slow pulling and chomping motions to maximize coverage.
After the 20 minutes are up, spit the oil into the bin (avoid spitting it in the sink unless you want clogged drains). The oil should be whiter and thinner than before, since it has mixed with your saliva.
Add a teaspoon of unrefined sea salt to a small glass of water and swish the solution around your mouth for 30 seconds. This will flush out most remaining oil.
Clean your teeth normally using the toothbrush. Toothpaste is optional, but will help freshen breath.

And that’s it! For optimum results the protocol should be done daily, but don’t worry if you miss a day or two.

Don’t worry, oil pulling doesn’t need to be done while staring at yourself in the mirror

Why do you recommend oil pulling first thing in the morning?

Oil pulling is ideally done immediately after waking because oral bacteria levels are highest at that point. By the time we’ve brushed our teeth and eaten breakfast, we’ve already swallowed over half of the 200 million or so bacteria that we want to remove.

If you can’t stomach oil pulling in the morning then I recommend doing it before lunch, since there is almost as much bacteria in the mouth at this time as upon awakening. After eating lunch, our oral bacteria levels continue to fall throughout the day, eventually reaching their lowest point after dinner.

Of course, oil pulling will always benefit you regardless of when it is done. Three minutes of oil pulling using a refined vegetable oil at midnight will still remove more bacteria than no oil pulling at all.

I’m really thirsty in the morning and oil pulling makes it worse. What can I do?

Almost everyone suffers from dehydration in the morning, since our bodies have been deprived of water throughout the night. Fortunately, it is possible to drink water before oil pulling. In fact, it’s actually recommended because increased water intake improves saliva production.

However, I recommend drinking the water through a stainless steel straw to prevent it from swishing around your mouth and taking bacteria down with it.

Oil pulling causes my mouth to ache. Is this normal?

Yes. Almost all of us will experience an aching mouth when we first start oil pulling because we’re not used to exercising our jaw muscles so vigorously. Fortunately, our bodies will adapt to this strange new process within a week or two.

If you find the aching unbearable at first, start oil pulling for 5 minutes per day and work your way up to the full 20 minutes.

How can I prevent gagging while oil pulling?

It’s common for people to gag when they first start oil pulling due to the high fat content of the oil, which gives it a thick and unpleasant consistency. Unfortunately, this fat is what kills the bacteria, so we’re just going to have to get used to it.

I recommend doing something productive while oil pulling, such as making the bed or showering, to divert your attention from it. 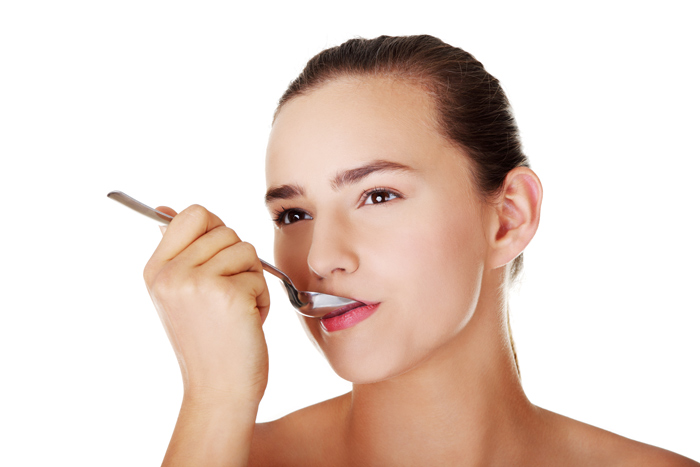 Yeah, it’s gross. But you get used to it, I promise

Will oil pulling pull out my fillings?

What can I realistically expect to gain from oil pulling?

Everyone’s body is different, so it’s impossible to predict exactly how oil pulling will affect you. Generally speaking, most people experience at least one of the following benefits:

After one month: Possible reversal of tooth decay and relief from chronic health problems

I’ve been oil pulling with coconut oil for over 5 years and I’ve experienced a noticeable improvement in gum and tooth health, body odor, and skin and hair quality.