The Roles of Calcium in the Body: Building Strong Bones and Teeth 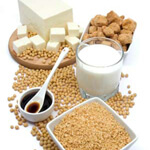 Calcium is the most abundant element by mass in many animals, and the fifth most abundant element by mass in humans. Indeed, calcium forms two percent of a human adult’s body weight; most of this calcium is found in the skeleton and the teeth, although some is also stored in the tissues and blood. While most people understand on some level that calcium plays an important role in bone and tooth health, in reality it has many more roles in the body.

What Calcium Does for Us

Strengthens bones – First and foremost, calcium does (in conjunction with other nutrients, such as vitamin D) build and maintain strong bones. It also ensures the correct shape of the body, thereby alleviating the risk of back pain and bone complaints such as arthritis, osteoporosis, and osteopenia, which are extremely painful and hamper free movement.

Strengthens teeth – Calcium ensures that our jaw bone is strong and that our teeth are tight-fitting, which prevents bacteria from thriving in-between them. So, if you start having problems with your gums and teeth, consider eating more calcium-rich foods such as fish, leafy greens, nuts, and dairy products before resorting to more extreme measures.

Improves alkalinity – Calcium is an alkaline mineral, and the human body is naturally alkaline. While maintaining this alkalinity wouldn’t be difficult in the natural world, today’s modern diet – comprised of extremely acidic drinks and foods such as sodas, refined sugars, and preserved meals – have upset this balance, which can lead to hypertension and even cancer. Eating calcium-rich foods, however, can help correct this acidity.

Protects heart muscles – Calcium helps our heart muscles to contract and relax properly, and also helps our nervous system to maintain the right pressure in our arteries. When our calcium levels drop (such as in the case of a deficiency), the body releases calcitrol – a form of vitamin D – to contract the muscles of the arteries, which increases our blood pressure. For this reason, eating the right amounts of calcium has also been linked to lower blood pressure.

Prevents weight gain – When deficient in calcium, the body tries to restore balance by releasing a hormone called parathyroid, which stimulates the bones into releasing more calcium into the bloodstream. Parathyroids, however, also stimulate the production of fat and make it difficult to break down, resulting in weight gain.

Guards us from colon cancer – When our bodies have absorbed all the calcium they need from food, the excess, unabsorbed calcium passes through the colon and binds itself to cancer-causing toxins, preparing them for excretion. Consequently, the risk of polyps and tumors in the colon decreases.

Prevents premenstrual mood swings in women – Calcium deficiencies in women can trigger the release of hormones that are linked to depression, irritability, and mood swings.

Does not contribute to kidney stones – People once believed that kidney stones were caused by excessive calcium intake because they are mostly comprised of crystallized calcium. Contemporary research, however, has found that kidney stones are caused by a lack of water, since a dehydrated body cannot dilute uric acid, which in turn makes the kidneys acidic and conducive to stone formation.