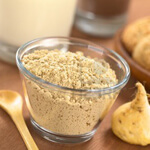 Few foods can beat maca root when it comes to improving stamina and physical performance. In fact, this nutritious tuber, which is native to the Andes of South America, was the Incas’ primary source of energy, and it remains a popular natural alternative to anabolic steroids among many of today’s athletes. Studies have also shown that maca root can help rebalance hormones, decrease total cholesterol, and treat constipation. It is even a rare example of a land-based vegetable that is rich in the essential, thyroid-regulating trace mineral, iodine.

However, maca contains another health benefit that is often overlooked by researchers: it is an excellent natural libido and sexual performance booster in both animals and humans, and numerous studies prove it.

Effects on Libido and Sexual Performance

A May 2001 study published in the Journal of Ethnopharmacology found that maca root could significantly improve sexual performance and fertility in male rats. For the study, the researchers fed 60 sexually experienced male rats either a 15 milligram or 75 milligram extract of pulverized maca root, or a 0.5 milliliter saline sample (as the control), on a daily basis for a 15 days. During the first week of testing, the researchers noticed that the rats that were fed the maca root demonstrated significantly greater sexual activity than the control group, with the rats who were fed the 75 milligram dose exhibiting even more activity than those fed the 15 milligram dose. This increased activity remained constant during the second week, and was also coupled with increased locomotion. This result lead the researchers to conclude that “both acute and chronic maca oral administration significantly improve sexual performance parameters in male rats.”

Two double-blind studies have confirmed that maca root can treat sexual dysfunction in humans. For the first study, which was published in the Andrologia journal in April 2009, the researchers fed 50 male patients who were suffering from mild erectile dysfunction with either a 2,400 milligram extract of maca root or a placebo. After 12 weeks of testing, both groups experienced an improvement in their International Index of Erectile Function (IIEF) scores. However, the researchers noted that “patients taking maca experienced a more significant increase than those taking placebo.” The maca group also exhibited greater “sexual well-being” than the control group.

The second study, which was published in the CHS Neuroscience & Therapeutics journal in 2008, sought to determine whether maca root could treat sexual dysfunction that was induced by selective serotonin reuptake inhibitors (SSRIs), i.e. antidepressants. Once again, the results were positive: of the 20 male and female tested, those that were fed high doses (3 grams) of maca per day exhibited a significant improvement in their Arizona Sexual Experience Scale (ASEX) scores, while those that were fed low doses (1.5 grams) exhibited a minor improvement. The researchers concluded that maca root could provide a dose-related alleviation of antidepressant-induced sexual dysfunction, and also noted that it “may also have a beneficial effect on libido.”

Note: The benefits of maca (including its sexual benefits) are intensified when the maca is gelatinized. Gelatinized maca is simply maca that’s had its starches removed, resulting in a more potent and bioavailable food. This is actually how the Incas used to prepare maca; it was seldom eaten raw.