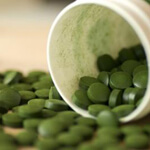 Spirulina is a type of green algae that grows in fresh water bodies. It is a survivor plant which, unlike most flora, is able to withstand considerable temperature variations and still thrive. It is cultivated worldwide and has been harvested as a food source for thousands of years.

According to David Wolfe, author of the excellent book, Superfoods: The Food and Medicine of the Future, spirulina is one of the most nutritious foods in the world. This article contains an overview of its  health benefits and the studies that confirm them.

Cancer prevention – According to a 2004 study published in Biochemical Pharmacology, spirulina contains a protein, C-phycocyanin, that can significantly reduce the proliferation of cultured leukemia cells by causing the cells to undergo apoptosis (cell death). A later 2009 study published in the Cancer Science journal found that mice that were fed a spirulina extract had increased activity of natural killer cells (immune cells that kill cancer cells) than those fed the placebo. The researchers concluded that “NK activation by spirulina has some advantage in combinational use with BCG-cell wall skeleton for developing adjuvant-based antitumor immunotherapy.”

Antiviral properties – A 2005 study published in Current Pharmaceutical Biotechnology has shown that spirulina’s “high concentration of natural nutrients” can improve white blood cell activity and stimulate antibodies. These properties make spirulina an excellent guard against many serious viruses. “[Spirulina preparations] have been found to be active against several enveloped viruses including herpes virus, cytomegalovirus, influenza virus and HIV,” claim the researchers. “They […] inhibit carcinogenesis due to anti-oxidant properties that protect tissues and also reduce toxicity of liver, kidney and testes.”

Liver protection – Though consuming spirulina can boost the health of all our organs, research has shown that it is especially beneficial for our livers. An Indian-Malaysian study published in the December 2008 issue of International Journal of Integrative Biology, for instance, found that mice that were fed spirulina extracts experienced elevated liver enzymes, protecting them from liver damage. The researchers noted that spirulina’s antioxidant concentrations were responsible for this benefit.

Boosts brain function – A 2005 study published in the Journal of Experimental Neurology has demonstrated that a spirulina dose of 180 milligrams per kilogram of weight had the ability to reduce brain damage and aid the recovery of neurons in rats who had suffered strokes. The researchers acknowledged a connection between improved brain function and a “diet enriched in antioxidants and anti-inflammatory phytochemicals.”

When purchasing spirulina, organic is not always enough; like chlorella, this plant absorbs toxins in its environment, meaning that a polluted environment will result in polluted spirulina. Therefore, it’s essential that you purchase spirulina from a seller who understands this fact and grows spirulina in a clean, unpolluted environment.