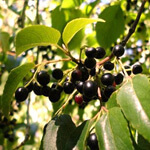 Maqui is a tree that is native to the temperate rainforests of Chile and certain regions of southern Argentina. Its sweet-tasting berries, which resemble blackcurrants in size and color, have been consumed by Mapuche Indians for hundreds of years. Indeed, Mapuche warriors attribute renowned stamina and vigor to their consumption of maqui berries. Let’s take a closer look at the nutritional profile of these little-known fruits and find out why Chile’s indigenous people hold them in high regard.

Packed with antioxidants – Raw maqui berries have a score of 27,600 units per 100 grams on the Oxygen Radical Absorbance Capacity (ORAC) test, which is a scale that measures the effectiveness of antioxidants in foods. This makes maqui berries the most antioxidant-dense fruits in the world, and pushes acai berries (once considered the best with a score of 16,700 units per 100 grams) into second place. The berries’ impressive ORAC score is reinforced by studies published in the Journal of Agricultural and Food Chemistry and the Journal of Pharmacy and Pharmacology, which prove that they contain unusually high amounts of cancer-fighting antioxidants.

Rich in anthocyanins – According to a January 2006 phytochemical analysis, raw maqui berries contain 138 milligrams of anthocyanins per 100 grams of fruit, which is comparable in number to blueberries and blackberries, and greater in number than strawberries, raspberries, and grapes. Anthocyanins, which are responsible for the berries’ purple color, are powerful anti-inflammatories that guard us from the cell-damaging effects of free radicals.

Good for the skin – One of the antioxidants found in maqui berries is vitamin C, which is essential for supporting the skin’s collagen matrix. Numerous studies – including one published in the October 2007 edition of the American Journal of Clinical Nutrition – demonstrate that a regular vitamin C intake results in fewer wrinkles and dryness, whereas a deficiency can lead to premature aging and numerous skin conditions.

Increase insulin production – According to a 2011 study by researchers at Rutgers University and North Carolina State University, maqui berries have a positive effect on insulin production. For the study, obese, diabetic mice on a high-fat diet were supplemented with maqui extracts over a seven-week period. At the end of the seven weeks, the researchers found that the maqui extract had improved both their blood glucose levels and fasting blood glucose levels. Additionally, the researchers found that maqui’s anthocyanin content demonstrated insulin-like effects in the rodents’ muscles and liver cells, suggesting that maqui supplements could help prevent diabetes in humans.