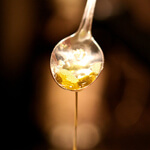 Ghee is a type of clarified butter that originated in India and remains popular in South Asian cuisine. It is made by removing the milk proteins and water from raw, unsalted butter, resulting in a lactose-free, nutty-flavored butterfat that is packed with nutrients.

According to the Ayurveda, ghee has essential healing properties that are distinctly lacking in other butters. These properties, which are slowly being validated by science, are listed below.

Rich in high-quality fats – Being clarified butter, ghee is extremely rich in good fats. One serving (56 grams) of ghee contains 46 grams of pure fat, of which 29 grams are saturated. Moreover, these fats contain 179 milligrams of omega-3 fatty acids and 1,548 milligrams of omega-6 fatty acids, as well as butanoic acid and conjugated linoleic acid, which possess antibacterial and anticancer properties.

Though allopathic medicine has demonized saturated fats for decades, studies are starting to prove that they’re essential for optimum health. One three-year study conducted by researchers at the University of Washington, for example, found that women who had eaten the highest amounts of saturated fats throughout their lives were less likely to suffer from arterial plaque, and more likely to enjoy a healthier balance of good and bad cholesterol, than women who avoided them. Studies have also shown that a moderate consumption of saturated fats increases the metabolism, leading to weight loss.

Good source of vitamins – One serving of ghee contains approximately 1,418 international units of vitamin A, which is 28 percent of our recommended daily intake (RDI). Vitamin A, which is lacking in other edible oils, is nicknamed the “medicine of the immune system,” since it helps to keep our mucous membrane and skin cells healthy, thereby guarding us from cell damage. Vitamin A also helps fight cancer by inhibiting DNA production in cancerous cells.

Aids digestive health – Unlike many other oils and butters, which can make us feel sluggish and bloated, ghee actually improves the digestive process by stimulating the secretion of stomach acids. This helps increase the absorption of other nutrients, including the fat-soluble vitamins present in the ghee itself. Consequently, moderate, long-term consumption of ghee can help treat ulcers, acid reflux, constipation, and other digestive issues.

Tolerates heat well – Ghee can tolerate high temperatures, which gives it an advantage over regular butter (which can scorch due to its milk proteins) and many other oils. Ghee’s smoke point is between 325°F and 375°F, making it suitable for cooking, frying and sauteing. Moreover, ghee’s nutritional structure remains intact when subjected to heat, prompting nutritionist Paul Pitchford to declare ghee as one of the greatest cooking oils in his 2002 book, Healing with Whole Foods.

Unfortunately, because ghee is higher in cost than hydrogenated vegetable oil, inauthentic ghee products made using the latter are starting to replace real ghee in numerous Third World countries, including India itself. This inauthentic ghee, which contains the same trans fats as the vegetable oil from which it is sourced, contains very few of the health benefits listed above and should be avoided. Thankfully, many countries have criminalized the selling of this so-called “vegetable ghee” as regular ghee, including most Western countries.