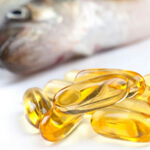 Many experts consider depression to be one of the biggest public health concerns of the 21st century. According to the World Health Organization, depression, which is characterized by a persistent state of pessimism and inactivity, is the leading cause of disability worldwide and a significant contributor to disease. Moreover, it is on the increase. An estimated 350 million people suffer from depression globally, and that number isn’t shrinking.

Though the roots of depression are often complex and, in some cases, derived from external circumstances (for example, many of us are unhappy with the state of the world and our inability to change it as individuals), deficiencies in certain mood-regulating nutrients are also significant contributors to depression. Simply taking one or more of the following natural supplements, for instance, can help treat the low moods that have plagued our lives for years.

Thanks to ongoing soil erosion, the essential macromineral magnesium, which was once abundant in most of our whole foods, is now seriously lacking in the Western diet. In fact, the American Chiropractic Society estimates that 68 to 80 percent of the American population suffers from a magnesium deficiency, which has been linked to depression.

For example, a new study published in the Journal of the American Board of Family Medicine in March 2015 showed that there is a “significant association between very low magnesium intake and depression, especially in younger adults.” Additionally, a review published in Pharmacological Reports in 2013 concluded that “magnesium preparations seem to be a valuable addition to the pharmacological armamentarium for management of depression.”

The most bio-available forms of magnesium on the market today (and thus the most effective for treating depression) are magnesium citrate, taurate, malate, glycinate, threonate, chloride, and carbonate.

Numerous studies show that EPA, DHA, and ALA (the three essential chemicals that comprise the omega-3 fatty acid group) have considerable mood-boosting properties. A review featured in CNS Neuroscience & Therapeutics, for instance, compiled three studies proving that omega-3 fatty acid supplements were more effective than placebos at treating depression in both children and adults. These results shouldn’t be too surprising considering that our brain tissues (including our brain cell membranes) are actually made from omega-3 fatty acids.

Since our bodies cannot make omega-3 fatty acids themselves, we need to obtain them from whole foods and supplements. Undoubtedly the world’s best source of omega-3 fatty acids, and thus one of the best natural remedies for depression, is fish oil. Purified triglyceride forms of fish oil tend to be cleaner and better-absorbed than the standard ethyl ester forms.

S-adenosylmethionine, or SAMe, is a chemical present in every cell in our bodies. Through a complex series of metabolic reactions, it is converted into the mood-regulating chemicals serotonin, dopamine, and norepinephrine, which maintain cognitive function. Consequently, depression is often the first sign of a SAMe deficiency. In fact, studies have shown that individuals diagnosed with clinical depression often contain unusually low levels of SAMe in their brains.

Therapeutic doses of SAMe range from 400 to 1,300 milligrams per day. For optimum results, take SAMe in conjunction with a B vitamin complex, since certain B vitamins (especially B6, B12, and folic acid) can prevent SAMe from converting into homocysteine, an amino acid implicated in atherosclerosis and other cardiovascular issues.