Most of the people reading this article understand that a diet rich in organic, whole foods is the key to superior health, while a diet rich in unnatural, processed foods is a recipe for disaster. This is especially true of processed foods rich in refined sugar, gluten, artificial sweeteners, trans fats, GMOs and other destructive ingredients that are commonly found in factory-made goods.

However, some people are surprised to learn that there is one processed food out there that is actually good for us: blackstrap molasses!

What Is Blackstrap Molasses? 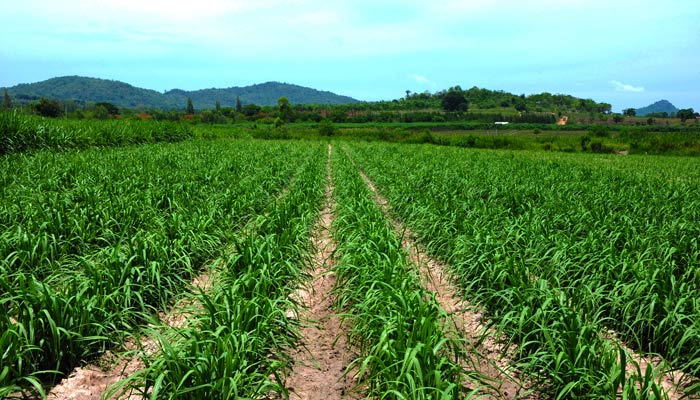 As we all know, refined sugar is – sadly – in huge demand by food manufacturers. To obtain this sugar, farmers must harvest sugar cane and extract its juice using machines. Next, the juice is boiled and placed through centrifugal compressors to extract its sugar crystals. Molasses is the byproduct of this refinement process.

However, this molasses hasn’t become blackstrap molasses yet. In fact, the sugar cane juice needs to be boiled two more times before it becomes blackstrap.

Here are the three types of molasses created from sugar cane refinement: 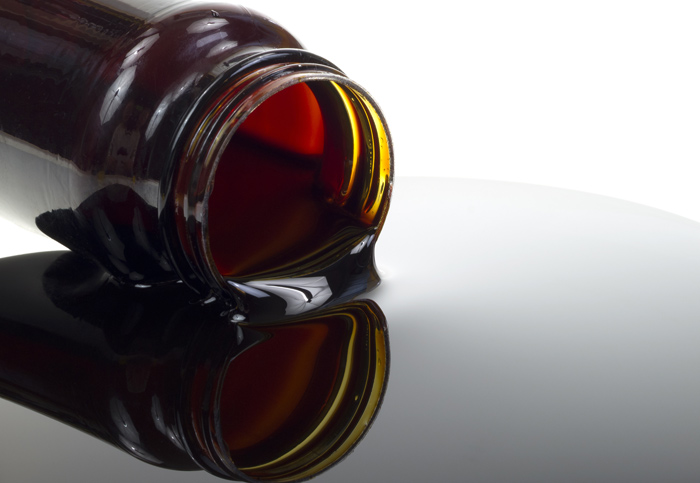 This is what blackstrap molasses looks like. Please don’t hold that against it

Why Is Blackstrap Molasses Good for You?

Thanks to ongoing soil erosion and global pollution, the topsoil in which most plants root themselves contains far fewer minerals than it once did. Consequently, almost all fruits and vegetables consumed today, including those grown on organic farms, suffer from an inferior nutritional profile compared to those grown just 100 years ago.

However, the sugar cane plant doesn’t suffer from this fate because its roots often grow as far as 15 feet into the earth, which is deep enough to bypass the nutrient-depleted topsoil and reach the nutrient-rich undersoil below. As a result, sugar cane juice is packed with numerous minerals that are lacking in many other plant-based foods. 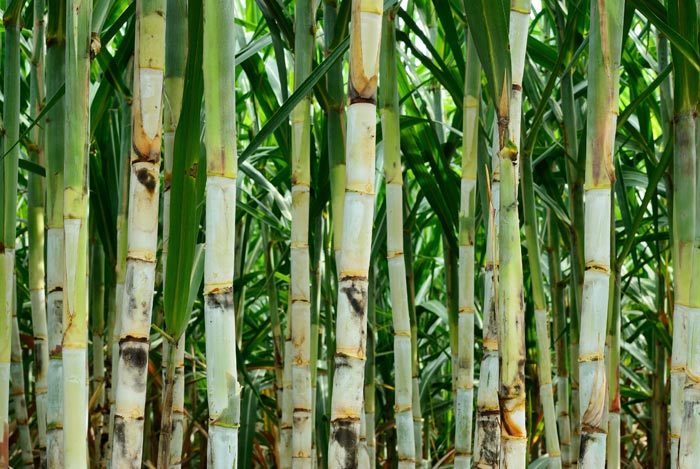 Sugar cane is the plant equivalent of a basketball player

However, blackstrap molasses is even healthier than sugar cane juice because it has had virtually all of its sugar crystals removed, meaning that only the good stuff remains.

On January 15, 1919, a large molasses storage tank burst in the North End neighborhood of Boston, Massachusetts. Waves of thick, dark molasses flowed through the streets at an estimated 35 miles per hour, killing 21 and injuring 150. This tragic event became known as the Boston Molasses Disaster or the Great Molasses Flood, and has entered the canon of American folklore.

What Nutrients are Found in Blackstrap Molasses?

Above are the nutrition labels of these two brands. Notice that their nutrient profiles are remarkably similar, boasting identical amounts of calories, potassium, magnesium and vitamin B6. Though not listed on the label (since labels tend to ignore trace minerals), blackstrap also contains selenium and manganese.

So, how can these nutrients benefit us?

Magnesium – Magnesium is sometimes nicknamed the “relaxation” mineral, since it is needed by our cells to make energy, stabilize membranes and help relax muscles. When we add more magnesium-rich foods to our diets, we often experience an end to chronic stiffness, cramping and irritability.
Iron – Like magnesium, iron performs a huge number of roles in the body. Perhaps its best-known role is helping our bodies to make hemoglobin, the protein in red blood cells that transports oxygen from our lungs to our tissues. When our tissues are deprived of this oxygen due to a lack of iron we experience anemia, a common medical condition characterized by chronic fatigue.
Calcium – The calcium in blackstrap helps to build and maintain strong bones, ensures that our jaw is strong and our teeth are tight-fitting, and helps our body to grow in the correct shape (thereby reducing the risk of back pain and bone complaints like osteoporosis). Calcium also helps our muscles to contract and relax properly, and maintains the alkalinity of the body. 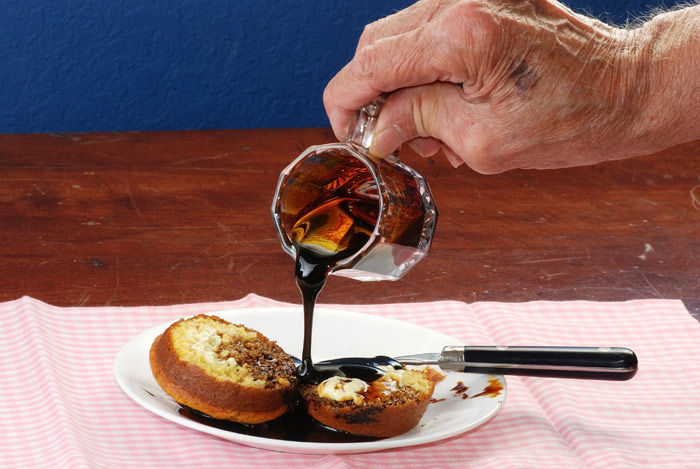 Despite its healthiness, blackstrap is (sadly) often associated with unhealthy baked goods

Potassium – An essential mineral that accumulates in plant cells, potassium regulates the amount of sodium entering and exiting our cells. Aside from maintaining our pH levels, this regulation ensures that we don’t suffer from swelling and fluid retention (which can lead to water-related weight gain). Potassium also helps maintain cardiovascular function.
Vitamin B6 – Vitamin B6, or pyridoxine, is needed for proper brain development and functioning, and helps the body to manufacture the hormones serotonin, norepinephrine and melatonin. Like all B vitamins, B6 also helps us convert carbohydrates into glucose, which produces energy.
Selenium – Selenium is a trace mineral that helps our bodies to make antioxidant enzymes, which prevent cell damage. Selenium also maintains the function of the thyroid, the gland near the base of the neck that regulates the metabolism.
Manganese – Manganese is a constituent of superoxide dismutase, an antioxidant enzyme that guards us from free radical damage. Unchecked free radical activity is a significant cause of cancer, arthritis and other degenerative diseases.

Blackstrap molasses is rich in numerous essential nutrients that aid the day-to-day functioning of our bodies. By taking blackstrap regularly, we are likely to experience improved moods, greater energy levels, reduced fluid retention, improved immunity and cardiovascular function, healthier skin and hair, and a faster and more efficient metabolism. It can help us treat anemia, chronic fatigue, depression and low moods, muscle soreness, osteoporosis and other bone conditions, and more.

Since blackstrap molasses is made from sugar cane, it’s perfectly natural to assume that taking it can send our blood sugar levels through the roof. However, this isn’t exactly true. As mentioned earlier, blackstrap molasses tastes bitter because most of its sugar crystals have been removed, resulting in a product whose glycemic index tends to average in the low 50s (table sugar has a high GI score of 80). While I still wouldn’t recommend blackstrap for diabetics, it probably won’t cause too many problems if consumed in moderation. 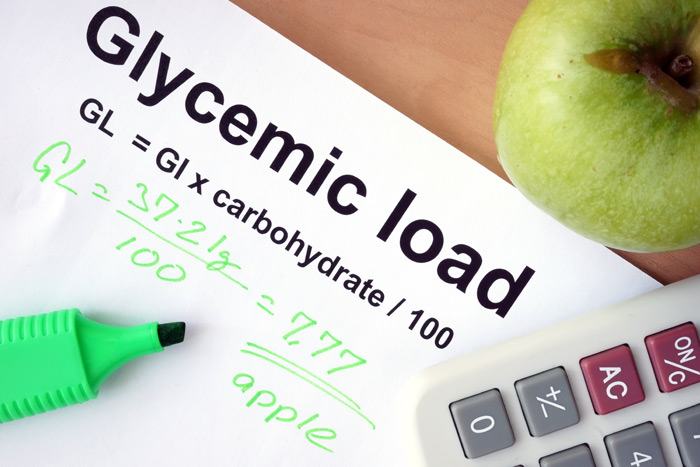 Scientific Research into the Health Benefits of Blackstrap Molasses

Sadly, little scientific research has been conducted on the health benefits of molasses (blackstrap or otherwise). The current exception is a study published in the Journal of the American Dietetic Association in January 2009, which analyzed the antioxidant content of alternatives to refined sugar. These researchers found that dark and blackstrap molasses contained the highest antioxidant content of all the sweeteners tested according to the Ferric Reducing Ability of Plasma (FRAP) assessment (1).

These results suggest that blackstrap molasses can protect us from the cell damaging effects of free radicals, which are associated with cancer and other serious diseases. Until more research has been conducted on blackstrap’s disease-fighting abilities, though, I would take this research with a grain of salt. When it comes to antioxidants, natural whole foods (such as fruits and vegetables) should always be prioritized.

Taking Blackstrap Molasses As a Supplement

I take blackstrap molasses daily as a health supplement and can confirm that it does have a positive impact on my health. If you’re interested in taking blackstrap to obtain the same benefits, consider following this routine:

Upon awakening, mix one tablespoon of organic, unsulphured blackstrap molasses into a cup of boiling water. I recommend taking it first thing in the morning, since that’s when most people will need the energy it provides, but it can be taken at any time.
When the mixture has cooled, drink it through a straw to prevent the molasses from covering your teeth. Consider using a reusable stainless steel straw rather than disposable plastic ones.
Brush your teeth immediately after drinking the molasses, even if you used a straw. Blackstrap may be good for our bodies, but it isn’t good for our teeth!

After two weeks of doing this daily, you’re likely to experience improved skin and softer, more regular bowel movements. You’ll also begin to feel better and more energized as the molasses continues to re-mineralize your body. Within a few months, the blackstrap might aid hair regrowth and color, but this doesn’t happen to everyone.

Some natural health companies sell blackstrap molasses in capsule form, which might appeal to people who dislike the taste of blackstrap. Unfortunately, these supplements are almost always made from inferior, powdered molasses and tend to contain a lot of unpleasant fillers and binders. If you really want to give blackstrap a shot but can’t handle the taste, try mixing it with milk – it tastes delicious!