Maca Root: The Aphrodisiac of the Amazon

You have to hand it to South America: that part of the world produces an impressive number of nutritious foods. The vitamin C-rich camu camu, the sweet and juicy mangosteen, the antioxidant-packed acai berry… all of them are native to that fertile continent.

If there’s one South American food that stands head and shoulders above the rest in the health department, however, it’s Peruvian Ginseng – or, as it’s more commonly known, maca. Native to the highlands of Peru, maca is a herbaceous plant whose edible taproot, which resembles a turnip or radish, is one of the finest adaptogens in nature.

What is an adaptogen, you ask?

Simply put, an adaptogen is a substance that normalizes processes in the body, ultimately promoting homeostasis (metabolic equilibrium). In other words, adaptogens help us adapt… usually by enhancing the body’s natural response to emotional and physical stress.

Before we take a look at the research into maca’s adaptogenic qualities, however, let’s put this unique vegetable under the microscope and analyze its nutrient profile. 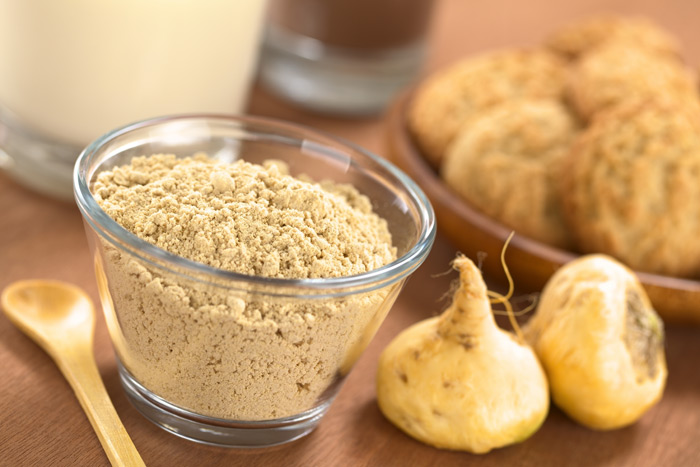 Why Is Maca Good for You?

According to NutritionData, one ounce (28g) of maca powder is:

Clearly, maca contains a lot of good things. Vitamin C, iron, protein… these are essential nutrients that our bodies require for optimal functioning.

But let’s be honest here. The iron in maca is non-heme iron, which is more difficult to absorb than the heme iron in meat. Protein? You’re better off eating eggs… at least their protein contains all 9 essential amino acids. Vitamin C? Oranges are much cheaper and more accessible than exotic Peruvian taproots.

So, why bother with maca at all? Simple: Like many so-called “superfoods,” such as coconut oil and garlic, maca’s greatest benefits stem from its special compounds that have been proven, time and time again, to exhibit unique health-boosting properties.

Some maca suppliers boast that their maca products are high in iodine, an important trace mineral responsible for regulating the thyroid gland. While it is true that darker maca roots (such as black and purple maca) are rich in iodine, they also contain similarly high levels of glucosinolates that, after having undergone hydrolysis, produce ions that compete with iodine for uptake by the thyroid.

The result? A potential risk of hypothyroidism.

For this reason, I recommend consuming yellow maca, which is the most common form of maca sold today. You’re better off sticking to seafood and seaweed for your iodine needs.

Research into the Health Benefits of Maca 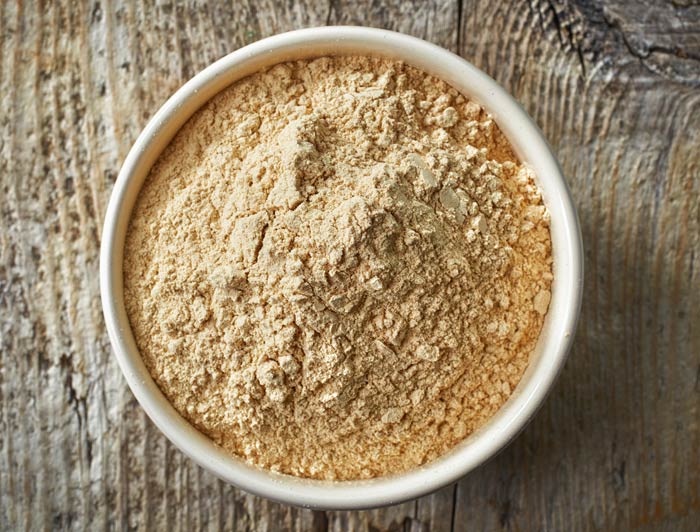 Maca powder (this time from above!)

It’s becoming increasingly difficult for the average person living in the modern world to keep their hormones in check. We are assaulted from all directions by widespread pollution and gender-bending chemicals, and our overall health – including our sexual health – has declined because of it.

Fortunately, some foods in the natural world are proven to stabilize male and female hormone levels in a safe and gentle manner – and maca is one of them.

Not convinced? Here’s what some recent studies have discovered about maca’s effects on hormonal and sexual health:

Organic maca stimulated the production of estrogen and decreased the frequency and severity of menopausal symptoms (especially nights sweats and hot flushes) in postmenopausal women. The researchers concluded that maca was an attractive plant-based alternative to Hormone Replacement Therapy (HRT) (1).
Aqueous extracts of black maca increased the sperm count in male rats starting from the first day of treatment. An increase in sperm production occurred after one week of treatment (2).
Adult men who consumed maca tablets for four months (either 1,500 or 3,000 mg/day) experienced an increase in seminal volume, motile sperm count, sperm motility and sperm count per ejaculum. Interestingly, the doses of maca did not influence sperm count (i.e., 1,500 mg/per day was just as effective as 3,000 mg/day) (3).
Male rats that were fed pulverized maca root extracts daily for 15 days exhibited greater sexual activity when compared to the control group. “[B]oth acute and chronic maca oral administration significantly improve sexual performance parameters in male rats,” concluded the authors (4).
Maca alleviated sexual dysfunction caused by selective-serotonin reuptake inhibitors (SSRIs), or what are more commonly known as antidepressant drugs. The researchers added that maca might have beneficial effects on libido (5).
Adult patients suffering from mild erectile dysfunction (ED) who took 2,400 mg of maca for 12 weeks demonstrated greater sexual well-being and improved performance-related issues when compared to the control group (6).
Maca powder increased the blood levels of pituitary hormones in female rats in a dose-dependent manner, suggesting that maca enhances female fertility (7). 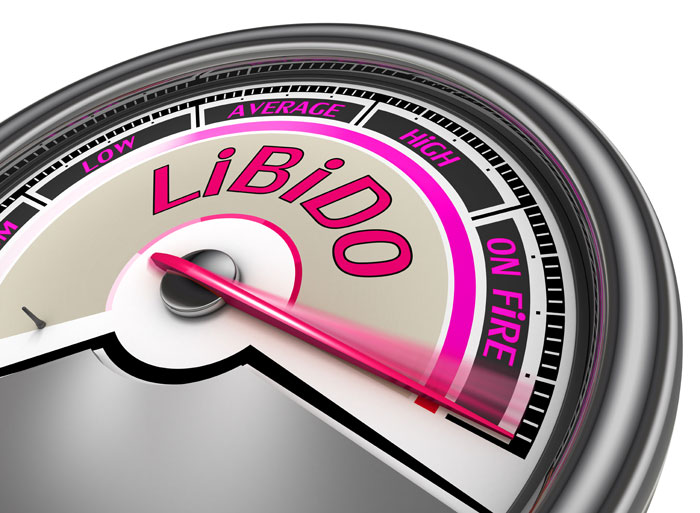 Significantly, most studies found that maca stabilizes the hormone levels of both sexes without working through hormones. In other words, maca doesn’t actually provide our bodies with hormones, but simply balances existing levels of them, producing aphrodisiac and fertility-boosting properties in the process.

So, what compounds in maca are responsible for these properties? Sadly, research into this subject is currently limited. According to a study published in the International Journal of Biomedical Science, the isothiocyanates (sulfur-containing compounds) in maca might be responsible for its fertility-enhancing effects. Maca’s aphrodisiac power, on the other hand, could be ascribed to its numerous prostaglandins and sterols (natural plant compounds) (8). Hopefully, future research will shed more light on this issue.

Depression and other low moods, such as anxiety and sadness, are on the rise in the West.

While there are legitimate external triggers for depression, such as being unhappy about the state of the world, depression can also have roots in endocrine dysfunction. We shouldn’t be surprised to learn, then, that hormone-regulating maca demonstrates significant antidepressant properties.

A study published in the journal BMC Complementary and Alternative Medicine in 2006, for instance, found that all forms of maca tested (yellow, red and black) exhibited antidepressant activity in female rats whose ovaries had been removed. Black maca also seemed to improve their learning abilities, suggesting wider cognitive benefits (9).
A later study, published in the Journal of Medicinal Food in 2014, showed that maca extracts could increase the levels of noradrenaline and dopamine (mood-regulating neurotransmitters) in the brain tissues of mice exposed to unpredictable stress (10).
Lastly, a 2015 study published in The Journal of the International Menopause Society showed that maca reduced symptoms of depression in Chinese postmenopausal women. The study also found that maca helped reduce blood pressure (11). 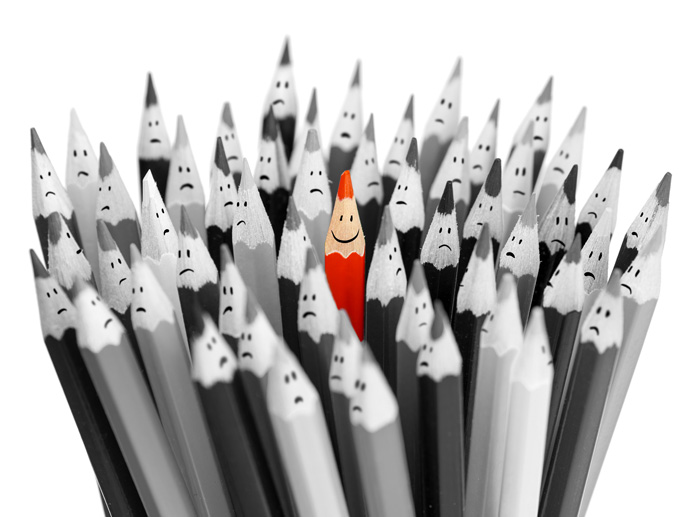 Don’t forget, though, that mood-boosting foods like maca cannot improve depression sourced from a poor diet. If you eat junk, you’re going to feel like junk, regardless of what supplements you consume. Therefore, favoring a diet rich in organic, whole foods must be a first priority when addressing all forms of depression.

There’s a good reason why many athletes and body builders use maca powder as a natural alternative to anabolic steroids: It’s absolutely fantastic for boosting stamina.

A research paper published by the American Chemical Society in 2002, for example, found that aqueous extracts of maca root could improve the stamina of mice in forced swimming tests. The researchers also discovered that:

Mice that were fed 20 or 40 mg/g body weight experienced greater energy enhancements than those fed only 4 or 10 mg/g body weight.
Maximum activity was reached after 2 weeks.
Increases in swim time correlated with the amount of polysaccharides and other active constituents in the maca extract (12).

So, if you’re interested in using maca to improve stamina, you need to ensure that you purchase the best-quality maca (I’ll get into this later) and take enough of it long-term to yield results. Eating two heaped tablespoons of maca in one sitting and expecting instant results isn’t going to work… good things take time.

It’s been speculated that the Inca’s regular consumption of maca gave them the energy needed to build the sophisticated 15th century stone citadel Machu Picchu, which involved dragging heavy stones from the bottom of a mountain to the peak – a feat that would tax even the strongest of body-builders today. 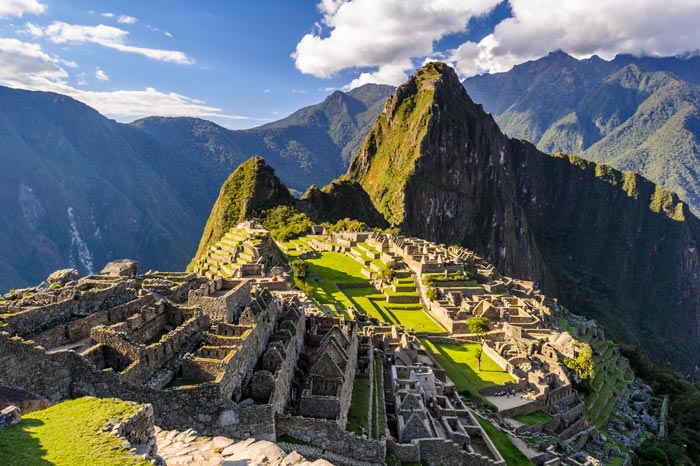 Seriously, those stones are heavy

A small but growing amount of research suggests that maca can benefit our cardiovascular health. A study in the journal Plant Foods for Human Nutrition, for instance, found that maca improved glucose tolerance and decreased serum glucose levels in hypertriglyceridemic rats (13).

Also, don’t forget that maca is packed with numerous plant sterols, such as campestrol, sitosterol, ergosterol, ergostadienol and brassicasterol, which prevent the body from absorbing cholesterol in the intestines, resulting in reduced levels of “bad” LDL cholesterol. Therefore, it wouldn’t surprise me if future studies link long-term maca consumption to a reduced risk of atherosclerosis and other markers of heart disease.

A potent adaptogen, maca is packed with special compounds that can stabilize hormone levels, resulting in greater fertility in women, increased sperm production in men and increased libido in both sexes. It also has a positive effect on our mood and energy levels, and can boost the health of our heart.

What Is the Best Maca to Take? 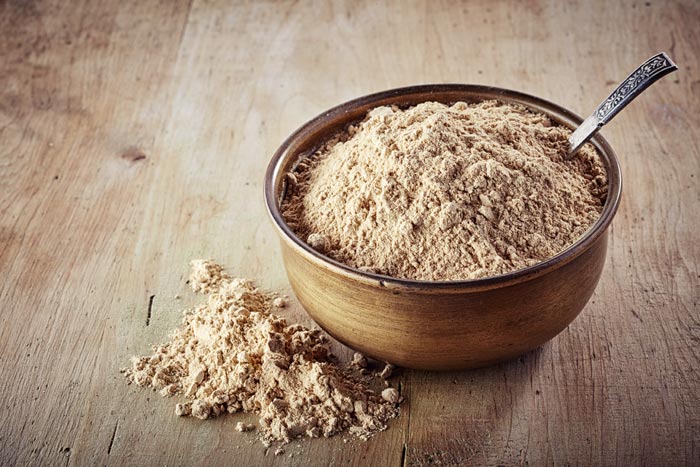 The best maca to take is organic yellow maca that has been gelatinized and powdered.

Here’s the reasoning behind each factor:

Organic: Organic suppliers tend to provide higher-quality products than non-organic suppliers, and are more deserving of our support.
Yellow: Yellow maca contains less iodine than red, purple or black maca. Though iodine is an essential trace mineral, obtaining large quantities of it from glucosinolate-rich land vegetables is a recipe for disaster (as explained earlier).
Gelatinized: Gelatinized maca has had its starches removed, making it easier to digest. Even the ancient Incas rarely ate maca raw; it’s incredibly taxing for our digestive system and often leads to an upset stomach.
Powdered: Powdered maca (either consumed “as is” or in capsule form) is more bioavailable than maca in other forms. I prefer maca capsules myself, since they help bypass the taste (seriously, maca tastes disgusting… a bit like moldy dirt). 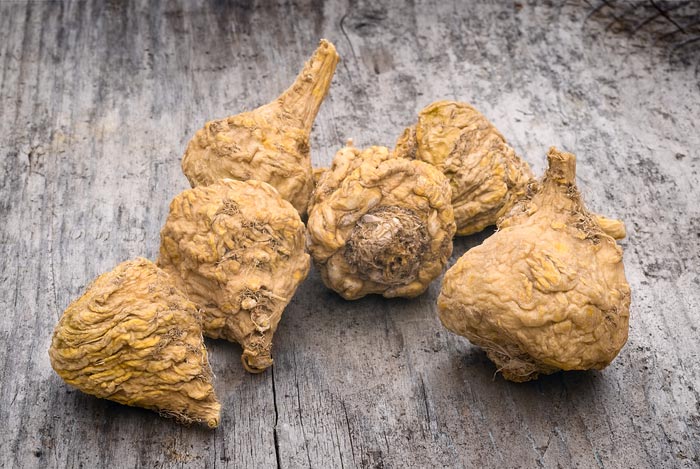 Maca root: it tastes as good as it looks

So, your maca powder has arrived. What next?

Gelatinized maca is the most potent adaptogen of which I am aware and can seriously mess you up if you don’t gradually allow your body to become accustomed to it. I have a healthy, well-adjusted friend who suffered extreme mood swings, insomnia, headaches and migraines, an insatiable thirst, constant erections (the novelty does wear off) and general restlessness from taking a single teaspoon of maca on their first day.

Okay, you guessed it: that was me.

Michael Ravensthorpe after taking maca for the first time

Therefore, I recommend taking a quarter of a teaspoon of maca powder daily for about a week, then slowing increasing the dosage according to how you feel (remember that powder can be removed from large capsules). Straight maca powder can be consumed with water, incorporated into smoothies, sprinkled on food, etc.

One teaspoon of maca powder a day is an acceptable “maintenance” dose (i.e., enough for the regular person to reap its benefits). Professional athletes and body-builders, or individuals seeking to correct a hormonal imbalance, can take more.

Don’t Forget to Take a Break!

Because maca is both an adaptogen and a stimulant, it’s wise to alternate between periods of consumption and non-consumption to prevent a burnout. For example, for every 90 consecutive days you take maca, stop taking it for 30 consecutive days. Aside from helping your body to recover (and preventing adrenal fatigue), this will maximize your body’s response to maca once it is re-introduced into your system again.