Studies Show That Olive Oil Benefits Our Heart and Mind 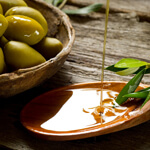 Olive oil, which is obtained by pressing the fruits of the olive tree, is considered to be one of the most nutritious oils in the world. According to Hippocrates, it could heal a large number of serious ailments, including mental illness. The ancient Greeks and Romans generously poured olive oil over their food, cherishing it for its pleasant taste and medicinal qualities.

Even in the contemporary Western world, where fats have been demonized for decades, most experts acknowledge that olive oil – especially extra virgin olive oil – is good for you. Let’s find out why.

Olive oil is comprised of approximately 73 percent monounsaturated fat, which includes large quantities of oleic acid, a fatty acid with countless proven benefits. For example, a review published in the journal Nutricion Hospitalaria noted the oleic acid possessed anti-inflammatory properties, suggesting that it can help treat inflammatory diseases, such as rheumatoid arthritis.

Additionally, oleic acid is proven to enhance cardiovascular function. One study published in the journal Free Radical Biology & Medicine, for instance, found that a diet rich in oleic acid could protect “good” HDL cholesterol from oxidative damage, thus guarding us from heart disease. Another study, featured in the Proceedings of the National Academy of Sciences, found that the oleic acid in olive oil was responsible for the oil’s well-known ability to reduce blood pressure.

Olive oil is packed with a large number of phenolic compounds, which are the antioxidants that give the oil its pungent, bitter taste. According to an in-depth review published in Nutrition Research Reviews in June 2005, the most powerful of these compounds, such as hydroxytyrosol and oleuropein, can guard us from serious diseases like cancer, attack destructive microorganisms in our body and regulate the immune system.

Moreover, a study published in ACS Chemical Neuroscience in 2013 showed that another phenolic compound in olive oil, called oleocanthal, had neuroprotective properties and could shield us from Alzheimer’s disease, which is a leading cause of dementia. These results might explain why the Mediterranean diet, which uses olive oil freely, is associated with better cognitive function and lower rates of cognitive decline.

Is It Safe to Cook with Olive Oil?

A lot of people assume that olive oil is unsafe to heat, since fatty acids can oxidize during cooking and become carcinogenic. The truth, however, is that only polyunsaturated fats become damaged when heated. Studies show that oils that are high in monounsaturated fats, such as olive oil, are fairly resistant to heat. Therefore, don’t feel guilty about cooking with extra virgin olive oil – it hasn’t harmed the world’s healthiest people!