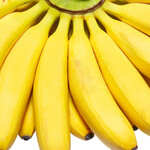 The banana plant is a herbaceous, flowering plant indigenous to the tropical regions of India, northern Australia, and Southeast Asia. Its fruits, which are recognized by their crescent shape, yellow skins and sweet tastes, are one of the oldest crops cultivated by mankind and remain the most popular fruit consumed in the United States. In fact, the United States Department of Agriculture claims that Americans eat more than 10 pounds of bananas per person every year.

Bananas are highly nutritious, and a large number of studies confirm their many health benefits. This article takes a closer look at the research into these much-loved fruits.

Maintain digestive function – Like most fruits, bananas are rich in dietary fiber and can help sweep the colon of accumulated waste. However, a study published in Anaerobe in December 2011 also found that bananas can improve digestive function. The results showed that women who consumed two medium-sized bananas per day demonstrated reduced bloating and greater amounts of beneficial Bifidobacterium gut bacteria than the control groups. “We concluded that daily consumption of bananas is a well-tolerated eating behaviour, which may induce bifidogenesis in healthy women experiencing body weight problems,” wrote the authors.

Mood booster and antidepressant – There’s a good reason why so many people feel happier after eating a banana or two: One medium-sized banana contains an impressive 22 percent of our recommended daily intake (RDI) of vitamin B6, a water-soluble nutrient that helps the mood-regulating hormone serotonin cross our blood-brain barriers. Indeed, a deficiency in vitamin B6 has actually been linked to an increased risk of depression.

Moreover, bananas contain small amounts of the amino acid tryptophan, which possesses proven sedative and mood-boosting properties. For example, a review featured in the Journal of Psychiatry & Neuroscience discovered that tryptophan “significantly decreased quarrelsome behaviours and increased agreeable behaviours and perceptions of agreeableness.” A study published in Psychopharmacology also found that tryptophan can help treat insomnia.

Improve cardiovascular health – A small but growing body of research suggests that eating more bananas can reduce our blood sugar and cholesterol levels. A study published in the April 2014 edition of the Journal of the Science of Food and Agriculture, for instance, found that banana extracts could suppress the carbohydrate absorption rate of diabetic rats, thus providing anti-diabetic effects. The banana’s cholesterol-lowering effects, on the other hand, were revealed in a study published in the Journal of Dietary Supplements, which proved that the flavonoids in bananas could reduce cholesterol, fatty acids, and triglycerides. These results suggest that eating more bananas can considerably benefit our cardiovascular health and reduce our risk of heart disease.

This relatively low potassium content might be disappointing for some people, since nutritionists have led us to believe that bananas are one of the greatest sources of this essential, water-regulating macromineral. However, foods such as avocados, white beans, salmon, white mushrooms, chard, and even baked potatoes are greater sources of potassium than bananas.