Studies Show That Saturated Fat Is Good for Us 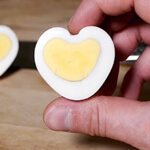 In 1953, the American scientist Dr. Ancel Keys published a paper linking high saturated fat intake with heart disease in adult men. Though initially met with skepticism, medical societies and government bodies eventually embraced Keys’s findings, and the era of fat demonization began – much to the joy of processed food manufacturers.

Although most experts now regard Keys’s research as cherry-picked and flawed, its conclusions still influence and direct the purchasing choices of the average consumer. Many people still believe that saturated fats – even when sourced from nutritious whole foods, such as eggs and coconut oil – contribute to weight gain and heart disease, even though evidence is starting to prove the exact opposite.

One of the biggest fears people have concerning saturated fats is their alleged ability to raise “bad” low-density lipoprotein (LDL) cholesterol, which is implicated in atherosclerosis and cardiovascular disease. However, our understanding of cholesterol and its roles in the body are much more sophisticated than they were in the middle of the 20th century.

We now understand, for instance, that only small LDL particles are associated with heart disease, not large LDL particles – and, as it happens, saturated fats are proven to increase amounts of the large subtype of LDL. For example, a study published in The American Journal of Clinical Nutrition found that dietary saturated fat intake correlated with increased concentrations of larger LDL particles in adult men. A later study, published in the same journal, reached a similar conclusion.

Better still, ongoing research suggests that saturated fat can actually increase high-density lipoprotein (HDL) cholesterol levels, which is the “good” cholesterol that transports cholesterol from the arteries to the liver for reuse or excretion. Research published in the journal Arteriosclerosis and Thrombosis in 1992, for example, found that “all fatty acids elevated HDL cholesterol when substituted for carbohydrates,” and that these effects “diminished with increasing unsaturation of the fatty acids.” These results suggest that, contrary to popular belief, saturated fat intake can actively benefit our cardiovascular health.

Another belief people have about saturated fat is that eating it makes us fat. However, this is only a half-truth. Eating saturated fat will make us fat – if we also eat a diet high in carbohydrates and refined sugars. A high-fat, low-carb paleo, or ketogenic diet, on the other hand, is proven to deliver effective weight loss results. For example, a study published in the journal Nutrition & Metabolism showed that there was “a clear benefit of a [very low-carbohydrate ketogenic] over [low-fat] diet for short-term body weight and fat loss, especially in men.”

Moreover, studies have shown that individual high-fat foods can contribute to weight loss when taken as a supplement. A Brazilian study published in the journal Lipids in 2009, for instance, found that women who consumed 30 milliliters of coconut oil daily exhibited a significant reduction in abdominal fat when compared to the control group. This result has been ascribed to coconut oil’s large concentrations of medium-chain triglycerides, a form of saturated fat that our bodies metabolize with unusual rapidity.

Clearly, there are many reasons to embrace rather than fear saturated fats. Even mainstream health researchers are beginning to accept the fact that an omelet cooked with butter, for example, is a far healthier breakfast than cereal with skim milk. Many of us probably understood this on an instinctive level while growing up, but it has taken a long time for science to catch with up common sense. Grandma was right all along!