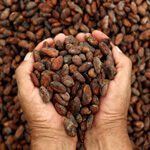 The cacao tree is a small evergreen tree that is native to the tropical regions of South America. It bears beans that are typically dried and used to make cocoa powder and chocolate, though cacao can also be consumed raw.

Cacao is treasured in Central and South American countries for its robust taste, energizing properties, and nutritional value. In this article, we’ll take a look at the latter aspect and find out why so many of these cultures hold cacao with such regard.

Antioxidant-rich – Cacao is the most antioxidant-rich food in the world. Its powder, for instance, contains an ORAC (Oxygen Radical Absorbance Capacity) score of 95,500 µmol per 100g, while cacao nibs contain a lower but still impressive 62,100 µmol per 100g. To put these numbers in perspective, goji berries (the highest non-cacao source of antioxidants) score 25,300, acai berries score 18,500, and blueberries – famous for their antioxidant content – score 2,400. Many of the antioxidants present in cacao are flavonoids, including anthocyanidin. Like all antioxidants, these flavonoids are intimately involved in the prevention of free radical damage, but they also have a central role in boosting collagen protection. This means that antioxidant-rich foods like cacao are not only good at guarding us from cancer and other degenerative diseases, but also provide us with many anti-aging benefits.

Mood booster – Chocolate, in both its processed and natural form, has always been regarded as a mood booster. Whereas processed chocolate is more of a “comfort food” due to its unhealthy refined sugar content, real chocolate – sourced from organic cacao – actually promotes the release of neurotransmitters such as endorphins and serotonin, which are legitimate feel-good hormones. Cacao also contains natural mood-boosting compounds such as theobromine and phenylethyamine, making it a good food for people suffering from low vibrational states such as anxiety, sadness, and depression.

Improves cardiovascular health – According to the Linus Pauling Institute, the flavonoids in cacao can block the oxidation of “bad” LDL cholesterol. Since LDL cholesterol must oxidize before it can transform into plaque, this blocking process directly protects us from several serious cardiovascular conditions, including atherosclerosis (hardening of the arteries). Ultimately, this improves circulation and minimizes the risk of heart disease.

Nutrient-dense – Cacao contains over 300 important compounds, including protein, fat, certain B-vitamins and minerals such as calcium, sulfur, magnesium, phosphorus, iron, zinc and copper. This dense nutrient profile, coupled with its incredible antioxidant concentrations, has elevated cacao to “superfood” status. Indeed, the generic name for cacao – Theobroma – is actually derived from Greek for “food of the gods.”

Cacao is best consumed raw in powdered or nib form. The powder is frequently added to smoothies (it mixes well with other superfoods like maca powder), or simply drunk with hot water. Due to cacao’s sourness, however, you might want to sweeten it with a healthy sugar substitute like stevia or honey if you plan to drink it straight.