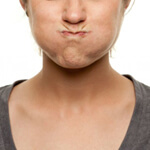 Oil pulling is an ancient Ayurvedic practice that involves swishing oil around the mouth for between 15 and 20 minutes to kill harmful oral bacteria. Despite being a popular folk remedy in its native India, oil pulling only became known in the West when a Ukrainian oncologist named F. Karach began promoting it in the early 1990s.

Today, entire books have been written about oil pulling and the online health world is ablaze with testimonies regarding its apparent health benefits. In fact, if you believe what is written on some websites and forums, there doesn’t seem to be any medical condition that long-term oil pulling can’t at least improve.

Though evidence of oil pulling’s benefits remains largely anecdotal, a small but growing number of studies are starting to reinforce the claims of the Ayurveda. The most recent of these studies, which was published in the Journal of Clinical and Diagnostic Research in November 2014, found that oil pulling is just as effective at reducing oral malodor (bad breath) as the popular antimicrobial drug chlorhexidine.

The results showed a “significant reduction” in mean scores of all the parameters within the sesame and chlorhexidine group, particularly among the organoleptic scores. Moreover, no significant differences were demonstrated between the sesame oil and chlorhexidine group, suggesting that oil pulling with the former is a cheaper and more natural alternative mouthcare remedy than taking the latter.

“Oil pulling with sesame oil is equally efficacious as chlorhexidine in reducing oral malodor and microbes causing it,” concluded the authors. “It should be promoted as a preventive home care therapy.”

If you’re interested in using oil pulling to treat oral malodor (or any other condition), follow these simple steps:

1.) Upon waking, and before eating or drinking anything, swish your favorite oil (sesame, sunflower, and coconut oil are the most popular choices) around your mouth for between 15 and 20 minutes. Favor chomping and pulling motions when possible, and avoid gargling the oil.

2.) After the time is up, spit the oil into a bin (avoid using the toilet or sink, since oil can clog the pipes), then wash your mouth with some water mixed with sea salt. This solution will help kill and flush out any remaining microbes in the mouth.

3.) Lastly, brush your teeth normally using a toothbrush. Drink lots of water afterwards; not having swallowed any saliva for between 15 and 20 minutes can leave your mouth feeling dry.

For best results, repeat this practice daily. As is often the case with natural remedies, the benefits don’t always occur immediately. Most people tend to report improved body odor, and cleaner and whiter teeth, after a few weeks of oil pulling. However, the most impressive benefits, such as a reduction in joint pain and alleviation from depression, tend to manifest after months of regular practice.