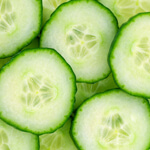 Cucumbers seem to have a mixed reputation in the natural health world. A lot of people assume that these cylindrical green fruits, which originated from southern Asia but are now cultivated worldwide, are lacking in the nutrition department because they are comprised of approximately 96 percent water.

While it is true that cucumbers contain fewer vitamins and minerals than most other fruits and vegetables, they do possess other properties that make them a worthwhile addition to our diet. In fact, cucumbers are one of the most heavily studied fruits in the West, and new research demonstrating their considerable health benefits continues to emerge every year.

Rich in disease-fighting lignans and cucurbitacins – Cucumbers are rich in three lignans – pinoresinol, lariciresinol, and secoisolariciresinol – that are proven to reduce the risk of cardiovascular disease and certain cancers. For example, a study published in Nutrition, Metabolism and Cardiovascular Diseases in 2010 found that these three lignans could “lower vascular inflammation and endothelial dysfunction, which could have some implications in CVD prevention.” A study published three years later in Nutrition and Cancer also found that pinoresinol could suppress the growth of human leukemia cells.

Cucumbers are also high in a group of phytonutrients called cucurbitacins, which are known for their anti-cancer benefits. For example, a 2013 research paper entitled “Cucurbitacins – A Promising Target for Cancer Therapy” found that cucurbitacins exhibited antitumor activity in human cancer cell lines. These results contribute toward the growing evidence that cucumbers are effective cancer-fighting foods.

Packed with anti-inflammatory flavonoids – Cucumbers are rich in four flavonoids called quercetin, apigenin, kaempferol, and luteolin. According to a review featured in Inflammation Research, flavonoids can possess anti-inflammatory properties due to “antioxidant activity, inhibition of eicosanoid generating enzymes or the modulation of the production of proinflammatory molecules.” Therefore, eating more cucumbers could help protect us from serious inflammatory conditions such as osteoarthritis, rheumatoid arthritis, and ulcerative colitis.

Can help treat dehydration – According to a report in Medical Daily, up to 75 percent of the American population could be suffering from chronic dehydration. Unsurprisingly, such long-term dehydration can lead to a huge number of health conditions ranging from chronic fatigue to full-blown kidney failure.

While cucumbers should not (and could not) be a substitute for pure drinking water, these watery fruits can help rehydrate the body, aid saliva production and help flush the colon of accumulated waste. A study published in Fitoterapia even noted that cucumbers could – due to their cooling properties – alleviate the pain associated with sunburn.

Contain small amounts of nutrients – Though far from being nutrient-dense, cucumbers do contain some essential vitamins and minerals. Half a cup of sliced cucumber supplies our bodies with approximately 11 percent of our recommended daily allowance (RDA) of vitamin K, an important blood-booster, and between one and two percent of our RDA of numerous other nutrients such as vitamin C, potassium, magnesium, iron, calcium, and some B vitamins. Most of these nutrients are found in the peel, so ensure that you purchase fresh, organic cucumbers whenever possible for maximum benefits.