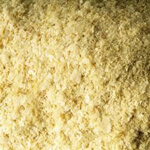 Brewer’s yeast is a byproduct of the beer-making process. It is obtained during the process of formation from the grain, hop, and malt extracts, and absorbs the vitamins and nutrients contained in them throughout the process. Unlike nutritional yeast and baker’s yeast, real brewer’s yeast has a bitter (though not necessarily unpleasant) taste due to its active chromium content.

High in protein – Arguably brewer’s yeast’s biggest attraction is its impressive concentration of protein. One ounce (28 grams) of it contains approximately 14.9 grams of protein, which is a whopping 30 percent of an adult’s recommended daily intake. This makes the yeast a superb protein source for vegetarians and vegans. Protein is needed for a large number of reasons, including the growth and repair of cells and muscles, transportation of compounds, and protection from infections.

Lowers glucose and cholesterol – According to a study published in the May 2011 edition of the Journal of Trace Elements in Medicine and Biology, the chromium found in brewer’s yeast can reduce glucose and cholesterol levels. Researchers found that diabetic patients who consumed chromium-rich brewer’s yeast over a three-month period demonstrated drastically reduced levels of glucose, total cholesterol, and “bad” LDL cholesterol. Debittered yeast (which is stripped of many nutrients, including chromium) did not contain the same benefits.

Good source of beneficial bacteria – Brewer’s yeast is a probiotic, and eating it helps line the colon with beneficial bacterial cultures. This improves digestive health and gives it laxative qualities, making it a good cure for constipation. Moreover, brewer’s yeast contains no fat and is rich in fiber (around six grams per ounce), making it an excellent weight loss food.

Rich in trace minerals – Brewer’s yeast contains essential trace minerals such as iron, magnesium, potassium, and zinc. One cup of it also contains one milligram of copper, which is 50 percent of our RDI, and 63 micrograms of selenium, which is 90 percent of our RDI. Copper helps to regulate cholesterol, hormones, and cellular energy levels, while selenium is an important antioxidant that provides anti-aging benefits and guards us from degenerative diseases like cystic fibrosis and cancer.