Three Artificial Chemicals That Are Making Us Fat 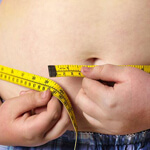 In 2006, Felix Grun and Bruce Blumberg, two developmental biologists at the University of California, Irvine, published a research paper about artificial chemicals known to contribute towards obesity. These chemicals, which the researchers named “obesogens,” are foreign compounds that compromise the balance and development of lipid metabolism, often by disrupting endocrine function.

Since 2006, peer-reviewed studies have identified approximately 20 substances as obesogens. Worse still, at least three of these substances are commonly found in the average American household. How many of the following obesogens are you aware of?

Bisphenol A (BPA) is perhaps the best-known obesogen, and one of the most destructive. A synthetic compound that has been in commercial use since 1957, BPA is used to make polycarbonate plastics and epoxy resins – in other words, consumer goods such as water bottles, food containers, and metal cans.

Though the Food and Drug Administration has claimed that BPA exposure is safe in small quantities, scientific research says otherwise. One study published in The Journal of Steroid Biochemistry and Molecular Biology, for example, showed that BPA – which can leak from its containers into our food and drink – influences multiple endocrine-related pathways. Many studies have also linked BPA exposure with obesity in both human and animal models.

Phthalates are a group of chemicals added to plastics and other products to soften and increase their flexibility. They are found in hundreds of consumer goods, including children’s toys, cosmetic products, pharmaceuticals, food containers, and paints, and have been linked to weight gain.

In fact, three independent studies have found that phthalate levels in the body are associated with increased waist circumference and abdominal obesity. Another study, published in the journal Molecular and Cellular Endocrinology in 2009, showed that phthalates could trigger weight gain by disrupting a hormone receptor that plays a key role in lipid and carbohydrate metabolism.

Perfluorooctanoic Acid (PFOA) is a long-chain chemical, which, like all obesogens, does not occur naturally in the environment. PFOA is commonly found in non-stick cookware made from Teflon and is shown to be present in the blood of 98 percent of the United States population.

The negative effects of PFOA on human health are well-documented. According to a study featured in Environmental Health Perspectives, exposure to higher levels of PFOA is linked to thyroid disease among American adults. Other studies have also associated higher PFOA exposure with chronic kidney disease and various cancers.

Though studies into PFOA’s association with obesity in humans is limited, animal studies suggest that PFOA does deserve its classification as an obesogen. For example, a 2009 study showed that high PFOA doses “significantly increased” brown adipose tissue weight in mice.

Limiting Our Exposure to Obesogens

While it might be impossible to completely avoid exposure to obesogens in today’s polluted world, there are some steps we can take to greatly minimize it. Purchasing organic whole foods instead of processed foods, avoiding plastic drink bottles, and replacing non-stick cookware with cast iron or stainless steel cookware are effective ways to reduce our exposure to BPA, phthalates, and PFOA. Purifying our tap water through distillation or reverse osmosis before drinking it will also minimize our exposure to obesogens, as well as a large number of other health-destroying toxins.