Moringa Oleifera: The King of Superfoods

Moringa oleifera, also called the drumstick tree and horseradish tree, is a sturdy tree native to the lower slopes of the Himalayan mountain range in northwestern India. Its pods and leaves are often cultivated for food and oil extraction in tropical and subtropical regions of the world, as well as for water purification purposes.

The leaves and pods of the moringa tree are unusually nutritious, even when compared to other tropical vegetables, and they have a long history of use in herbal medicine. In fact, the ancient Ayurvedic healing system of India claims that moringa can treat no less than 300 diseases – a strong statement, but ongoing research into moringa suggests that it is possible!

Before we get into that research, however, let’s put moringa under the microscope and find out how nutrient-dense it really is. 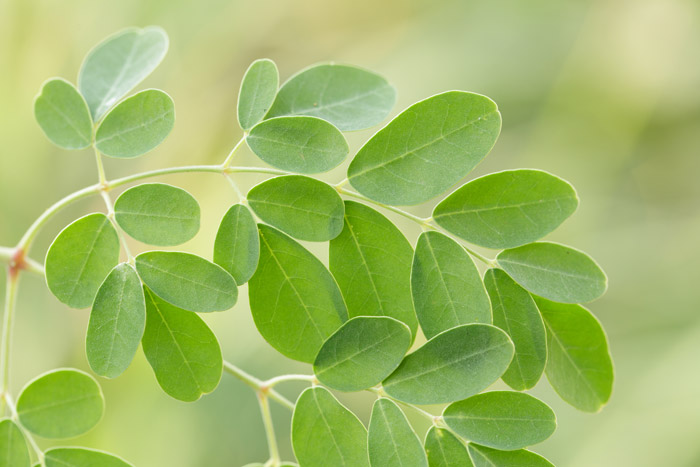 The beautiful leaves of the moringa tree

Why Is Moringa Good for You?

According to the USDA Nutrient Database, one cup (21g) of chopped raw moringa leaves is:

An excellent source of vitamin A, vitamin C, riboflavin, vitamin B6 and manganese.
A good source of iron, calcium, phosphorus, thiamin and protein.
A minor source of magnesium, zinc, niacin, folate, potassium and fiber.

Evidently, moringa leaves boast an extremely well-balanced nutrient profile. Rather than supply our bodies with extreme quantities of one or two nutrients, it provides us with respectable qualities of most of the nutrients we need.

Moringa pods, which can also be eaten raw, share a similar nutrient profile to the leaves. Though they tend to contain lower concentrations of each vitamin and mineral, they are packed with essential amino acids and lipids that make a wonderful oil (which we’ll discuss later).

Many government agencies across the world have started promoting the moringa tree as a solution to Third World malnutrition due to its nutrient-dense, fast-growing, drought-tolerant and pest-resistant nature. No wonder moringa is often nicknamed the “Tree of Life” and the “Miracle Tree”!

Research into the Health Benefits of Moringa 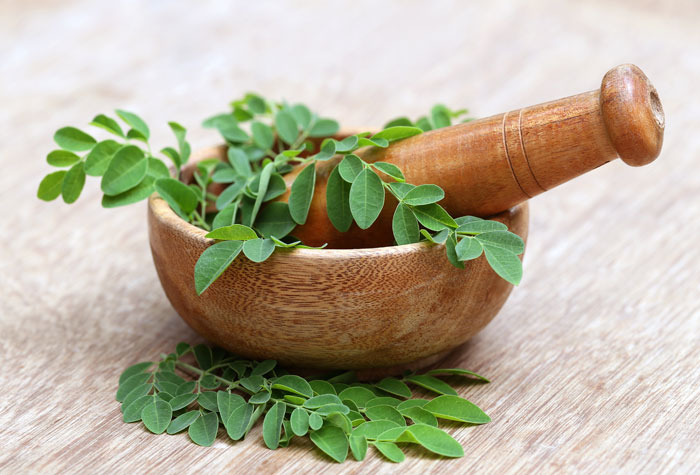 Moringa leaves being crushed in a mortar and pestle

Apart from vitamins A and C, the main types of antioxidant in moringa are polyphenols. These micronutrients, of which there are over 4,000 species, are commonly found in green whole foods and directly scavenge free radicals from the body (2).

Consequently, consuming more moringa can help prevent (and even reverse) many of the negative effects associated with free radical-based oxidative damage, including premature aging, compromised skin and hair quality, and serious degenerative diseases like arthritis and cancer.

Some Internet sources claim that Moringa oleifera received a score of 157,000 umoles on the USDA’s Oxidant Radicals Absorbent Capacity (ORAC) system, which measures the antioxidant power of biological samples. This jaw-dropping score would make moringa the greatest dietary source of antioxidants on Earth, besting all other “superfoods” like acai berries, goji berries and raw cacao by a considerable margin.

Personally, I would take this score with a grain of salt. Despite being a promising research vessel, the ORAC system was easily abused due to its lack of standardization, and it ended up being nothing more than a promotional tool for online merchants selling overpriced juice products. The USDA Nutrient Data Laboratory seemed to reach the same conclusion, and removed the ORAC database from its website in 2012.

The bottom line is that there’s more than enough real science to prove that moringa is an excellent source of antioxidants; we don’t need to resort to tenuous sources to affirm what is already established. 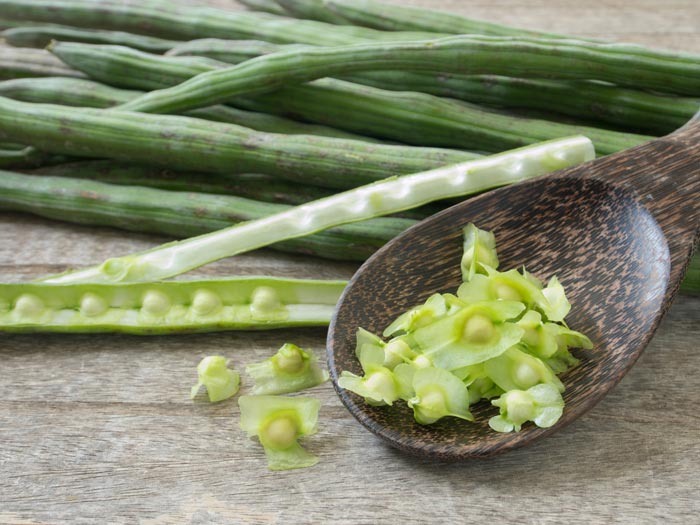 You’ve heard the rumors, and I can confirm that they’re true: A lot of studies prove that Moringa oleifera contains antidiabetic properties!

Here is what the best of those studies concluded:

Most of the studies attributed moringa’s antidiabetic properties to its large concentrations of antioxidants, which help regenerate damaged cells and reduce oxidative stress.

Do you suffer from inflammatory issues like rheumatoid arthritis or bronchitis? If so, moringa might be able to help you. A study published in the journal Dakar Medical found that aqueous root extracts of Moringa oleifera could reduce edema (swelling) in rat paws to a “similar extent as the potent anti-inflammatory drug indomethacin” (8).

Other studies have shown that moringa pods, seeds and leaves can shield us from inflammation associated with arthritis (9), asthma (10, 11) and compromised immunity (12). In short, there doesn’t seem to be many inflammatory conditions that moringa can’t at least improve.

So, what compound in moringa is responsible for its amazing anti-inflammatory benefits? As it turns out, more than one.

Research published in the journal Phytochemistry, for instance, attributed moringa’s anti-inflammatory abilities to its strong isothiocyanate content (13). Another study, published in the journal Protein and Peptide Letters, attributed it to a chitin-binding protein in moringa seeds called Mo-CBP4 (14). Meanwhile, research in the Avicenna Journal of Phytomedicine reached a broader conclusion, attributing these effects to moringa’s concentrations of biophenols and flavonoids (15).

Regardless of which compounds are most potent in this regard, the result is the same: Moringa possesses natural painkilling properties and, when taken regularly, can treat many anti-inflammatory conditions! 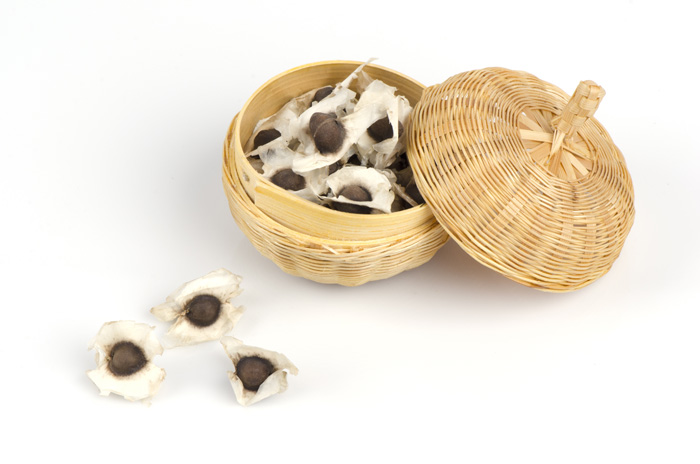 A mere cup of raw moringa leaves provides us with a whopping 1588 IU of plant-based vitamin A, which is more than 25% of our daily value (DV). Since vitamin A is a group of antioxidants that are well-known for improving eye health, we shouldn’t be surprised to learn that some studies show that moringa products are good for our eyes.

For example, research published in the Journal of Ocular Pharmacology and Therapeutics in 2013 found that moringa can prevent diabetes-induced retinal dysfunction (16), while an Indian study, published one year later, proved that ethanol extracts of moringa can prevent glucose-induced cataracts (17). Hopefully more research will be conducted on thus subject in the future.

Ongoing research suggests that Moringa oleifera possesses anticancer activity, meaning that moringa products can aid in the prevention (and possible treatment) of certain types of cancer.

Check out what the following studies discovered:

Most of the these studies attribute moringa’s anticancer benefits to its antioxidant content. Ultimately, the mechanisms that remove malignant cells from our bodies are allowed to thrive when the body is cleared of free radicals.

Remember the study above that found that moringa extracts could induce insulin resistance and hepatic gluconeogenesis in mice fed a high fat diet? The same study also discovered that the isothiocyanates in moringa could reduce weight gain, and that moringa possessed anti-obesity properties (23).

While I believe that this topic requires more research before a definitive conclusion can be reached, it’s pretty obvious that moringa can be incorporated into a weight loss diet. After all, moringa is a green vegetable that is low in calories and carbs – what could possibly go wrong? 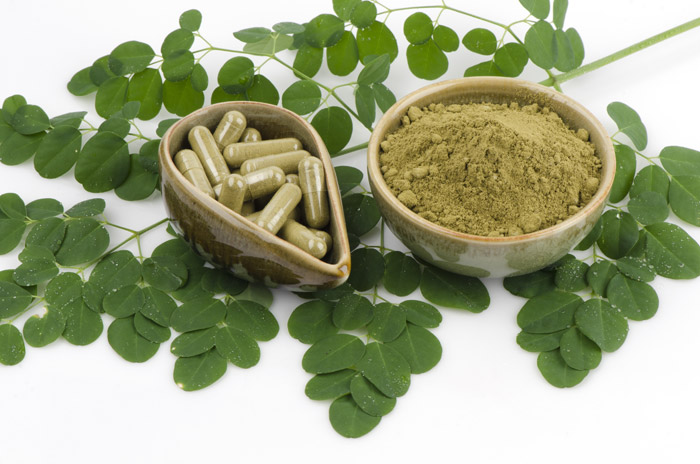 Since moringa is a whole food rather than a synthetic ingredient, you can take as much of it as you want. That said, I do recommend starting slow if it’s a new and exotic food for your body.

Grow Your Own Moringa Tree! 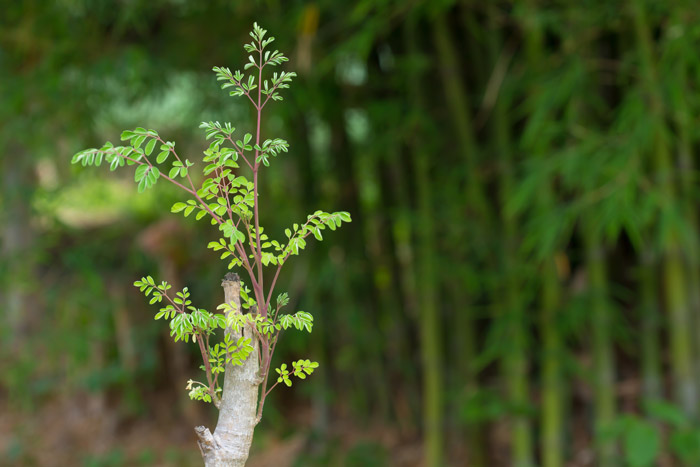 This could be yours!

Though the Moringa oleifera tree is only native to the semi-arid tropical and subtropical regions of the globe, it can grow outdoors in states that enjoy good weather most of the year, such as southern Texas, Arizona, Florida and California. It’s also possible for people in cooler states to grow moringa trees in greenhouses, but the results are often hit-and-miss.

If you happen to live in a sunny state and want to grow a moringa tree of your own, follow these steps:

Purchase some organic Moringa oleifera seeds online.
Decide where you want to plant the seeds. Bear in mind that moringa trees can grow up to 20 feet high and 4 feet wide in their first year alone, so they need to be kept at a distance from existing structures. Moringa trees also need to grow in areas that receive the highest amounts of sunshine and warmth.
Obtain the highest-quality potting soil you can afford, since moringa trees dislike heavy soil in which their roots are likely to become wet. Some growers actually like to add sand to this soil to replicate the desert-like ground in which moringa thrives.
Plant the seeds about 1 inch into the soil and water them daily until the seedlings emerge from the soil. Once the seedlings have sprouted, you can water them every other day. When the seedlings have reached about 18 inches in height, you won’t need to water them more than once per week.

Though you can let your moringa trees grow as high as you want, most growers recommend limiting their height (using pruning shears) to 12 feet or so to prevent them from becoming unsightly and unmanageable. Also, don’t forget that moringa trees are intolerant to cold; a sudden bout of frost can cause them to die back.

That’s all it takes to grow your own moringa tree, which will provide you with countless edible leaves, pods, seeds, blossoms and flower buds! The only part of the moringa tree that can’t be eaten is the root, which contains a minor neurotoxin that is lethal in high doses. 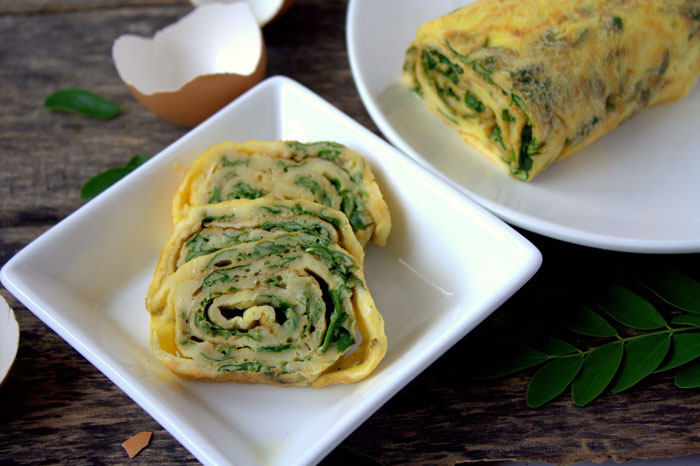 The idea of cooking with moringa is an exciting one for many health-conscious individuals. After all, what’s not to like about a vegetable that, when added to meals, might boost their nutrient value threefold?

Here are some ideas of what you can do in the kitchen with the edible parts of the moringa tree:

Leaves – Steamed or boiled moringa leaves make a fantastic addition to salads, omelets, quiches, scrambled eggs, chili and other dishes suited to green vegetables. The leaves are seldom if ever eaten raw.
Powder – Due to its looser state and stronger taste, moringa powder is best suited to stews, soups and sauces in cooking, as well as smoothies. It can also be lightly sprinkled atop any cooked meals that require a nutrient boost.
Pods – Young moringa pods can be steamed, boiled or fried and eaten as one might eat green beans. The older pods tend to become fibrous and woody, and are less pleasant to consume. If you’re not sure if a pod is suitable for consumption, bend the pod. If it snaps in half, it’s good to go. If it doesn’t break, it’s probably too old to eat.
Flowers – Moringa flowers, which resemble mushrooms in taste, need to be cooked before consumption. The buds and blossoms can be made into a tea by letting them sit in a cup of boiling water for 5 minutes or so. Since moringa flowers can act like abortifacients (agents that induce abortions), they should never be consumed by pregnant women!
Seeds – Last but not least are the seeds of the moringa tree, which can be eaten raw or crushed into cooked meals. You’ll want to go easy on them at first, though, because moringa seeds are extremely potent purifiers and can exhibit laxative qualities or induce stomach pains when consumed in excess. 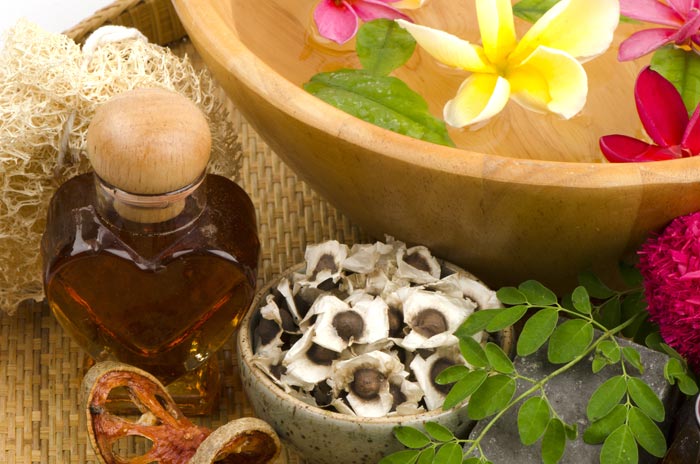 Moringa oil, or ben oil, is a nutritious, pleasant-tasting, long-lasting oil made from the seeds of the Moringa oleifera tree. It has been used for centuries as a perfume base and salad oil, and even shows promise as a natural fuel.

Moringa oil is comprised of approximately:

The biggest component of moringa oil is oleic acid, a monounsaturated omega-9 fatty acid that possesses anti-cancer (24) and anti-inflammatory (25) properties. The other three components in moringa oil are saturated fats, which can raise “good” HDL cholesterol levels (26) and decrease our risk of a stroke (27).

Since it is a known antibacterial, antimicrobial and exfoliant, moringa oil also possesses numerous cosmetic uses. Regular topical application can rejuvenate tired or dull skin, improve the appearance of wrinkles, heal cracked lips, invigorate dry hair and even treat persistent skin conditions like eczema and psoriasis. On the negative side, moringa oil tends to be more expensive than other oils with similar nutrient profiles, such as olive oil and avocado oil.