A Guide to the Healthiest Cooking Oils 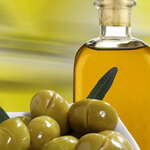 The average consumer today is spoiled for choice when it comes to cooking oils. Most stores (including health food stores) in the West tend to be packed with oils of various colors, tastes, and origins, and it can be difficult to distinguish the healthy ones from the unhealthy ones.

The most important factor to bear in mind when choosing oils is not just whether an oil is safe and nutritious in its unprocessed state, but also whether it remains safe and nutritious after exposure to high temperatures. Unfortunately, many oils – including otherwise healthy oils, such as fish oil and flax oil – are high in polyunsaturated fats, which have a limited resistance to oxidation and rancidification, and can produce cancer-causing free radicals when heated.

However, oils that are high in saturated and monounsaturated fats tend to be both nutritious and highly resistant to heating, making them excellent choices for cooking. The best of these healthy oils are listed below.

There are many reasons why natural health experts consider coconut oil the king of cooking oils. Aside from being one of the stablest oils at high temperatures (approximately 90 percent of its fatty acids are saturated), coconut oil is rich in lauric acid, an especially beneficial fat with proven antimicrobial, antifungal, antibacterial, and antiviral properties.

Moreover, a study published in the journal Lipids discovered that consuming just one ounce of coconut oil daily could help trigger weight loss. Significantly, coconut oil seems to be especially effective at removing abdominal or “visceral” fat, which is the really nasty fat that clings to our internal organs and contributes to high blood pressure, type 2 diabetes, and heart disease.

The healthiest type of coconut oil is raw, extra virgin coconut oil – the kind that actually smells of coconuts. Refined coconut oil is usually bleached or deodorized, and though it still remains stable when heated, it tends to contain a compromised nutrient profile.

A staple in the Mediterranean diet, extra virgin olive oil is one of the world’s healthiest oils and has been linked to numerous health benefits. For example, a review featured in Nutricion Hospitalaria showed that one of the main fatty acids in olive oil, oleic acid, possessed considerable anti-inflammatory properties. A study published in the Proceedings of the National Academy of Sciences also showed that oleic acid is responsible for olive oil’s well-known ability to reduce blood pressure.

However, doesn’t olive oil become toxic when exposed to heat? Actually, this common misconception, which is widely pushed by the mainstream media, has been disproved by several studies. Research published in the Journal of Agricultural and Food Chemistry found that olive oil, which is comprised of approximately 75 percent monounsaturated fat, remains fairly stable at high temperatures and is perfectly safe for cooking.

Other healthy oils that remain healthy when heated include palm oil, avocado oil, and macadamia oil (though macadamia oil should only be used for low- or medium-heat cooking). While not strictly oils, animal products like butter, ghee, and lard are also superb cooking aids that have been part of our natural diet for centuries.